Sister City Agreement Was Signed on 1. May 2019 in Saku City in Nagano Prefecture between Saku City, Japan and Saku Municipality, Estonia

Saku City and Saku Municipality formed an enduring bond in 2007, when they signed a Friendship City Agreement. Over the 12 years, the two counterparts have fostered friendship and understanding, and built mutual trust. In order to further strengthen the friendship and cooperation by organizing official visits and student exchanges and futher develop mutual cooperation in fields such as education, culture, arts and economics, the Sister City Agreement was signed. The ceremony was held on 1. May in 2019 in Saku City, Japan.

A Delegation Led by the Mayor of the Saku City Mr. Seiji Yanagida Visited Estonia

On 2.-8. July, a delegation led by the the Mayor of the Saku City (Nagano Prefecture, Japan) Mr. Seiji Yanagida visited Estonia to celebrate the sister city relations between Saku City in Japan and Saku Municipality in Estonia. A 15-member delegation included also Chairman of the City Council Mr. Tadashi Kozu and President of the Saku Sister and Friendship Cities Association Mr. Masayuki Sasaki.

During the visit, Mr. Yanagida met with the Mayor of the Saku Municipality Mr. Marti Rehemaa and the Chairman of the Rural Municipality Council Mr. Tiit Vahenõmm along with other members of the Council and also with those affiliated with the sister cities to deepen the friendship between the two cities, and also paid a courtesy call to the President of Estonia H.E. Mrs. Kersti Kaljulaid. The delegation took advantage of an opportunity to attend the Estonian Song and Dance Celebration.

In addition, the Mayor Mr. Yanagida and Vice President of Estonian Olympic Committee Mr. Tõnu Tõniste signed the agreement, which states that Saku City in Japan will be the host of the training camp for Estonian sportsmen before the Olympic Games Tokyo 2020.

In order to enhance exchanges between Japan and Estonia, Chargé d'Affaires a.i. of Japan Mr. Hajime Matsumura availed himself of that opportunity to host a reception at the Japanese Ambassador's residence, by inviting Estonia-Japan parliamentary group, friendship associations of both countries, sports organizations such as Estonian Olympic Committee etc., governmental organization, and contributed to forming networks among various organizations that are promoting friendly relations between Japan and Estonia. 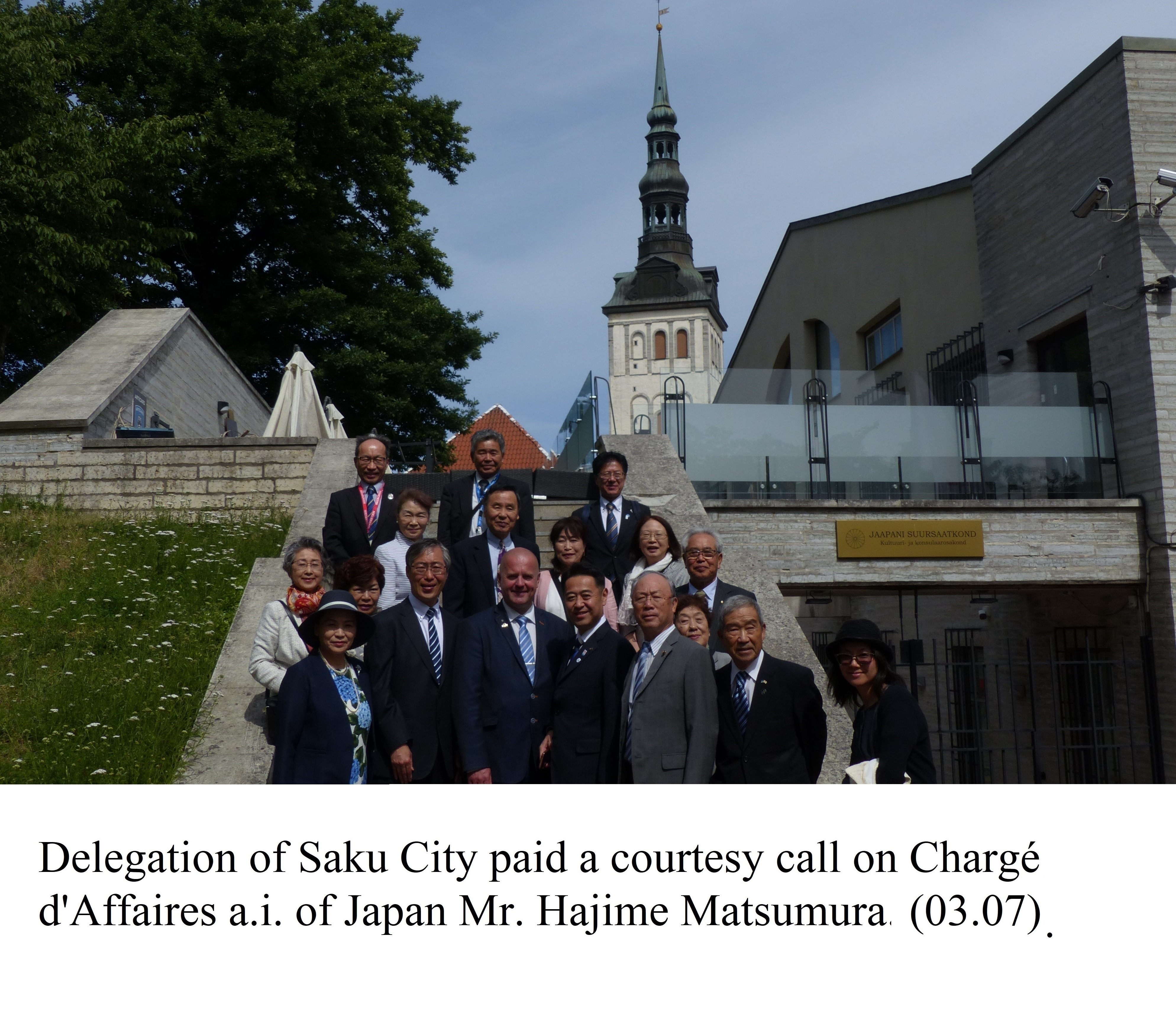 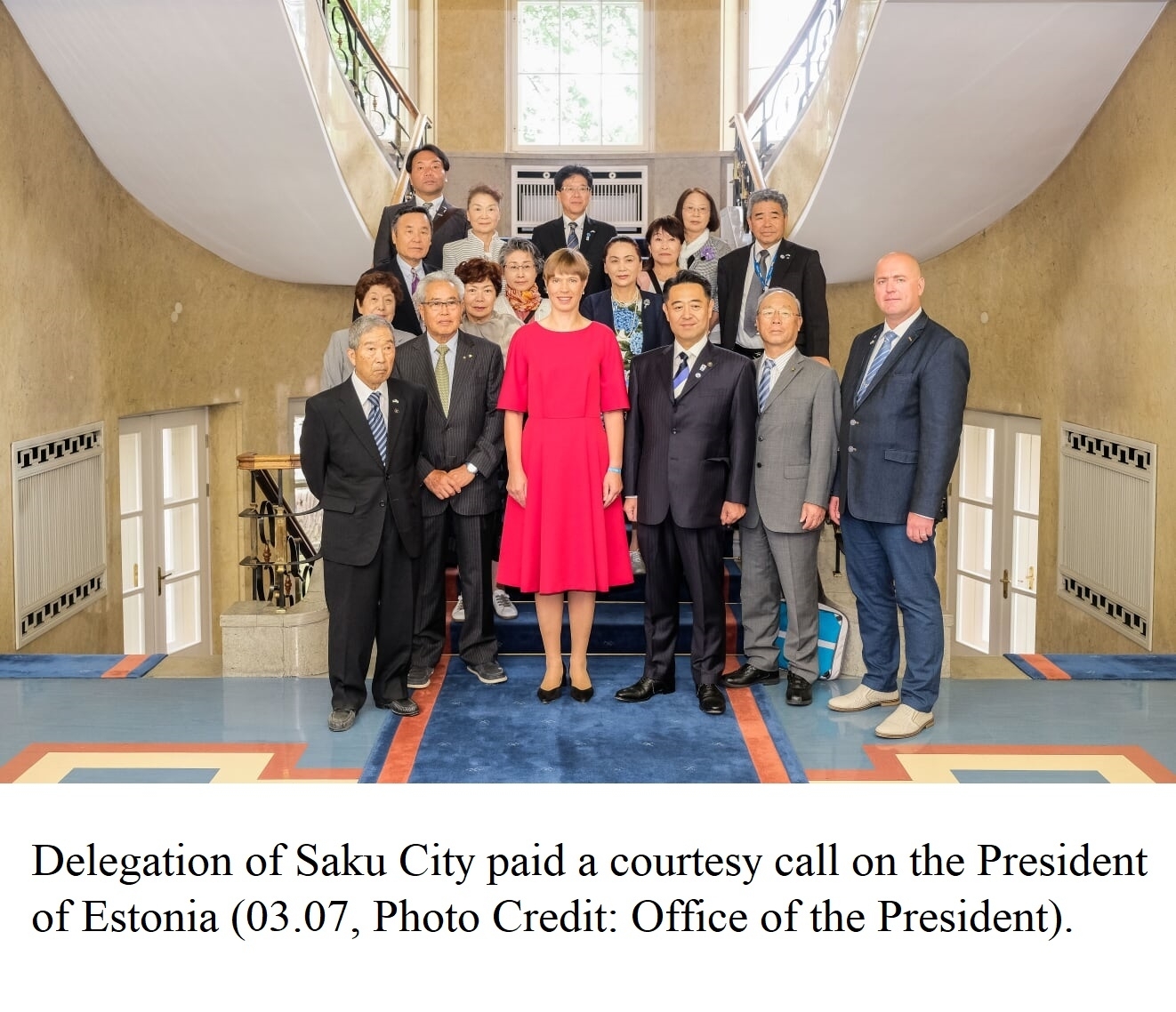 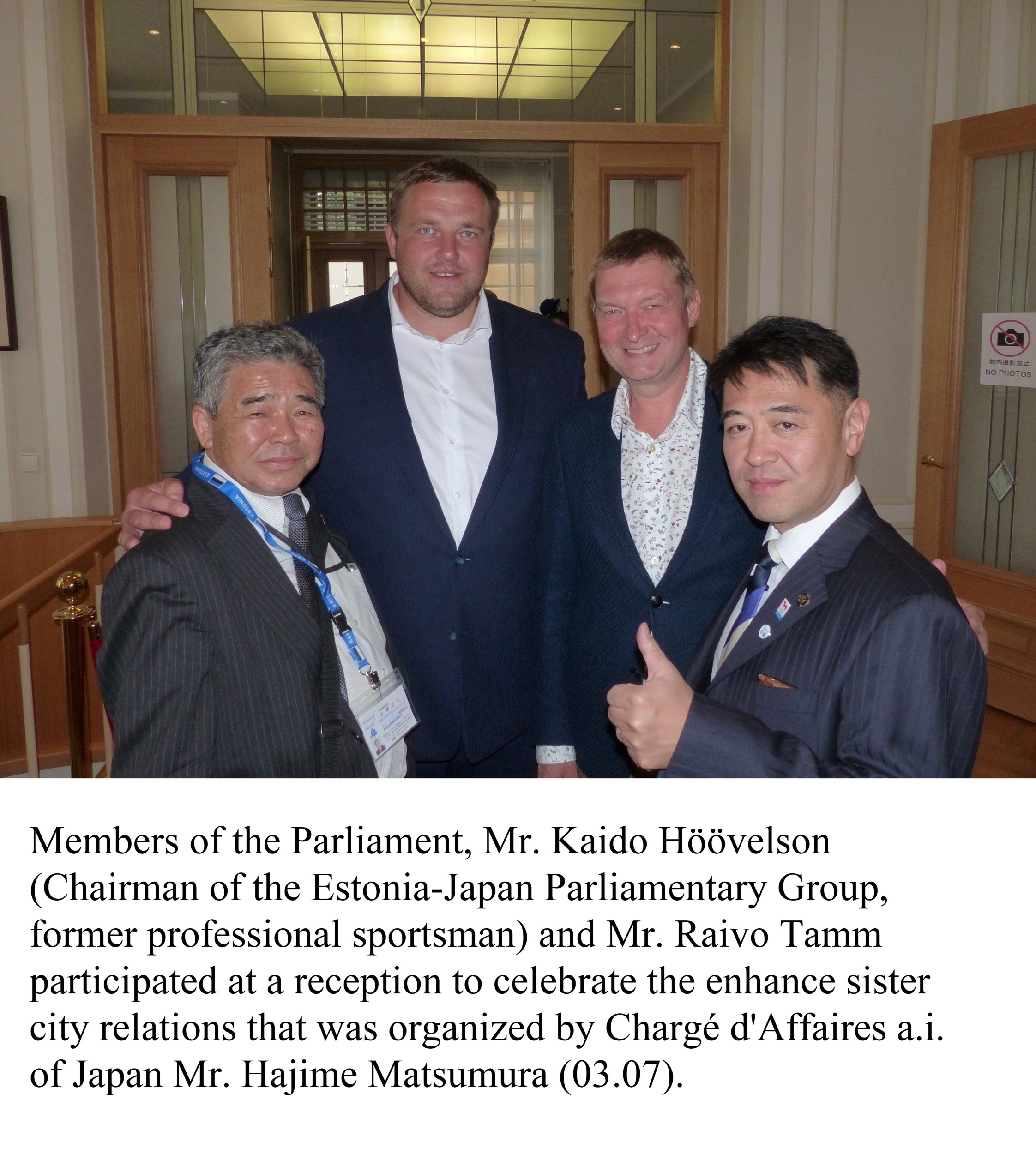 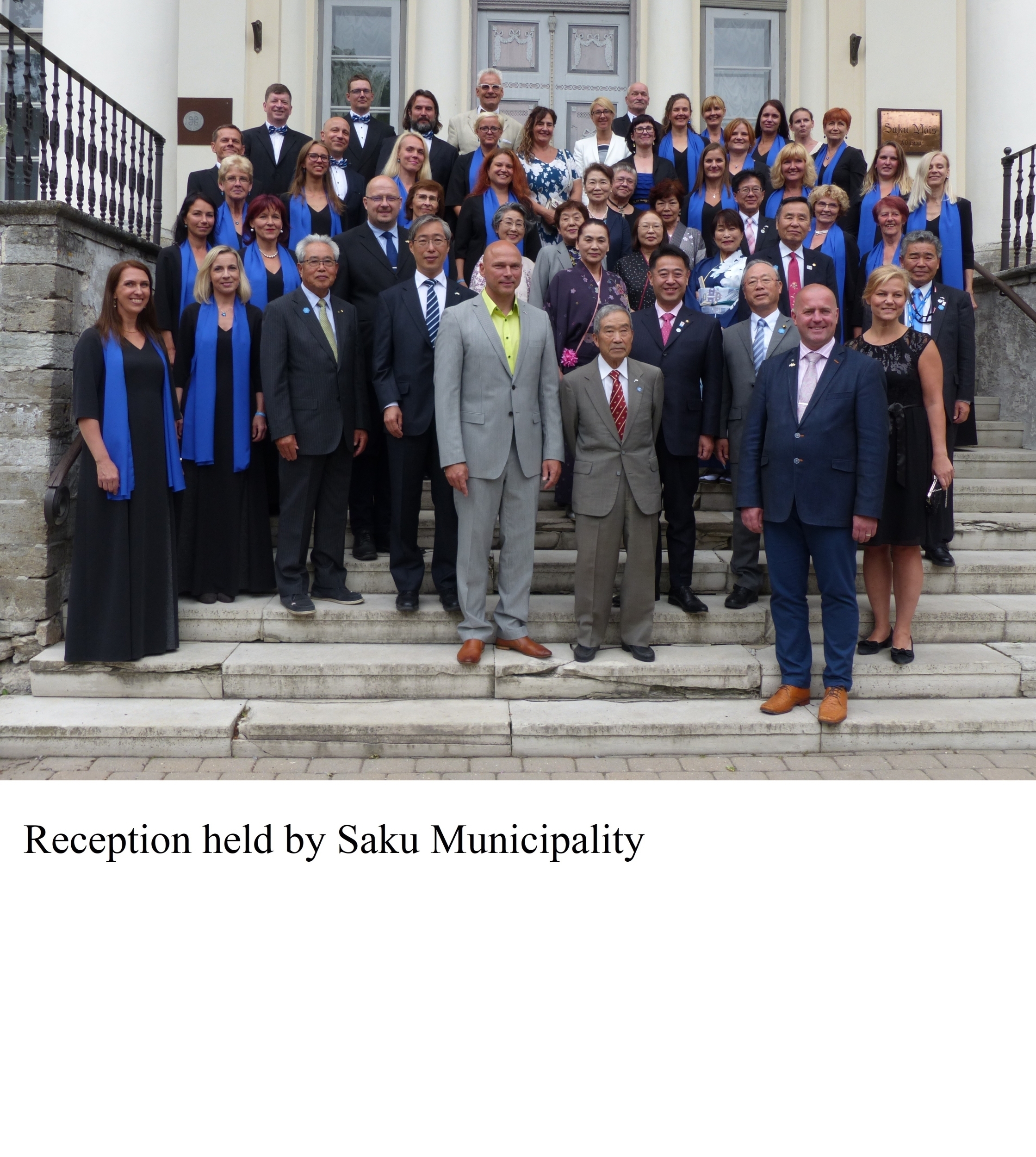 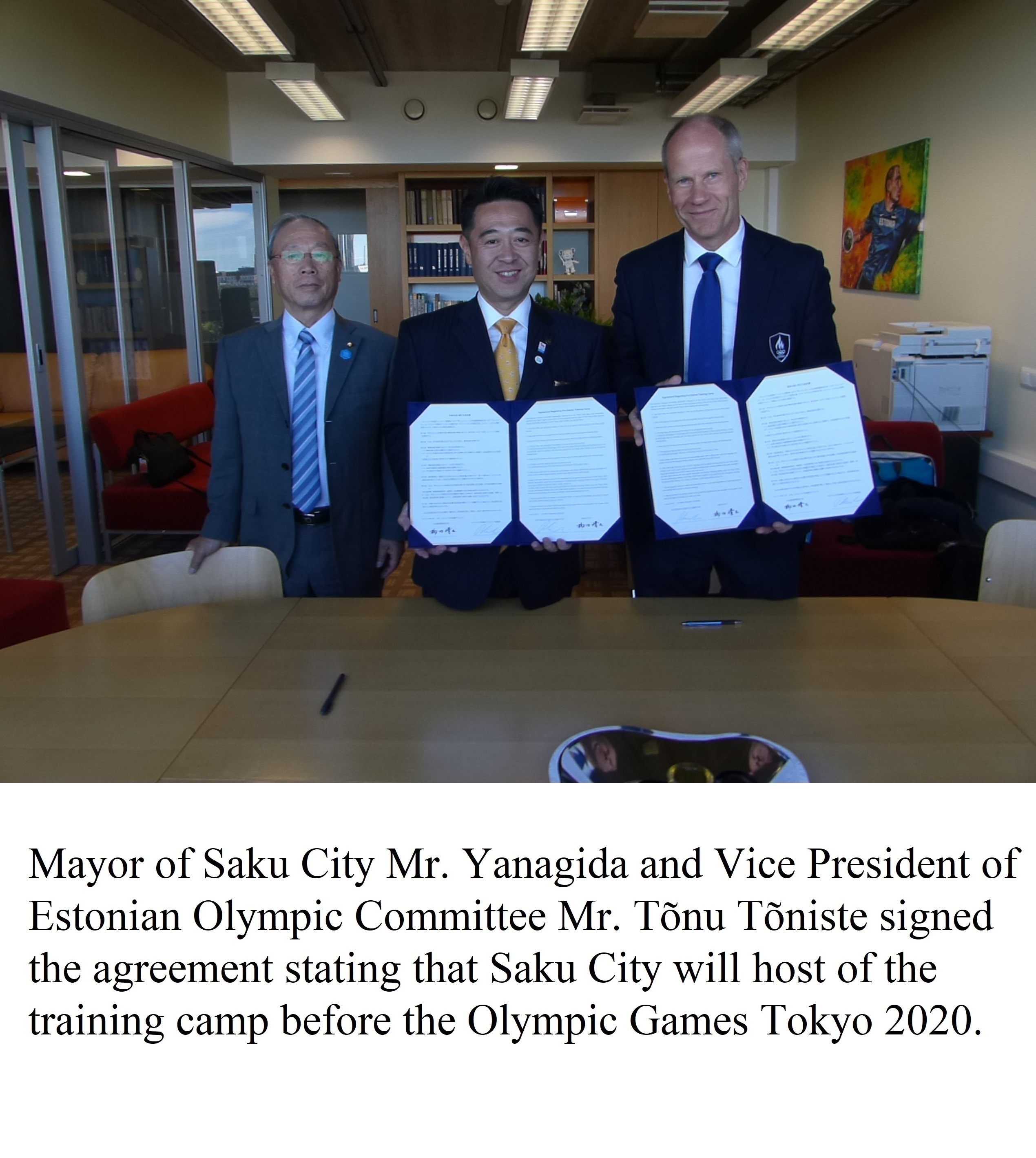 Details of this visit were covered in an article, published by the newspaper Õpetajate Leht (Teachers´ Newspaper). The Embassy of Japan held a small briefing to talk about Japan – Estonia relations at the Saku City Office for the group before their departure. Japanese students plan to visit Estonia in July next year.

Article in Õpetajate Leht (in Estonian)
English translation of the article 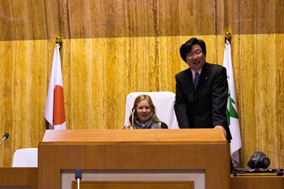 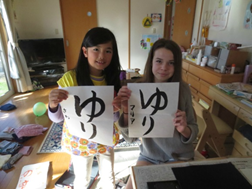 I liked a lot to be in Japan. It had a wonderful nature and the mountains were especially beautiful. Japanese people are the kindest and friendliest people I have ever met. The emotions we got from visiting schools were the best ones. I had a great time in Usuda School where I had a chance to attend very interesting lessons together with the Japanese students. All students were very nice.
It was also wonderuful at Nozawa School. Children waved at us, shouted and smiled all the time. Their amazing songs touched our hearts. It was very cozy and nice at the place of the family where everyone were very sweet and friendly. Although they couldn´t speak English much, their efforts nevertheless warmed my heart. The moments I spent with the family were especially beautiful. My memories of Japan always make me teary-eyed.

I could write a book about the things we did and saw during those seven days. I got the same amount of new experiences and beautiful memories. The most special thing for me was living with the Japanese family. I got assurance to the impression that Japanese people really are very nice and caring. Also Japanese nature is something that everyone should see at least once in their lifetime. 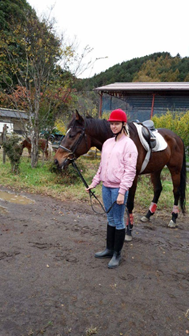 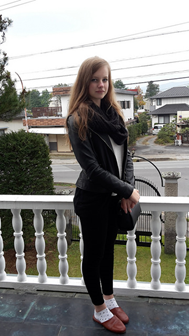 Trip to Japan was very exciting and filled with activities. We were able to visit many places and experience new exciting things, such as visiting the room at the fire department where the emergency calls are being received. Afterwards, we were able to use the water hose and try their uniform. The most novel thing for me was trying on a kimono and on the last day it was so much fun when my host family took me and Hanna-Maarja horse riding in the morning. I was really happy for my family, not because the father was American, but because they were so nice and helpful, always asking us if everything was fine and they were really interested to learn about what we had and didn´t have in Estonia.
We were able to try very interesting dishes in Japan and I remember rice the most, because it was eaten almost everywhere, as well as green tea, which I probably will never drink again and persimmons that I like very much and which tasted much better than the ones we have in Estonia.
Another lovely event was planting flowers in Saku because we were able to leave a mark to Japan, regardless of the fact that the flowers will be replaced. And those grandmothers who helped us with planting and with whom we later had a small meal were also very cute. I was surprised that in Japan children don´t help their parents with household chores although I initially thought that they help with everything. As a conclusion, I would say that this trip was surely the most memorable and sweetest experience I have had until now and we were also really blessed to have Miki and Margis with us.

Everything in Japan was very pleasant for me, widened my perspective and gave me more courage. Everyone I met were very nice and helpful. I was most impressed by our visit to Usuda School because I was able to experience school life and classes; also I ended up with a very nice class with whom we even played some games at the end of the day. I will remember this trip until the rest of my life and I´m really grateful for this experience. 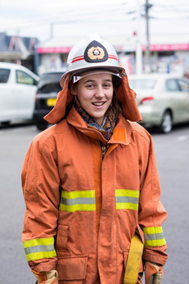 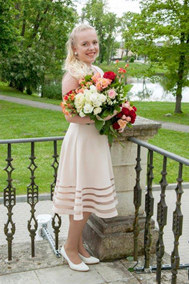 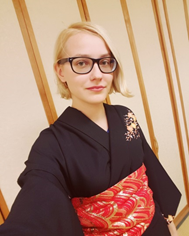 I´m really grateful for this opportunity. Thanks to this project I got to know new people and different cultures. I stepped out of my comfort zone to discover new and interesting things. It was worth it. Thanks to the help of Estonians and Japanese, I was able to make it in Japan. The food which was served to us at our accommodation, as well as by the families, was very tasty. During our stay in Saku Japan we had nice sunny weather.
I felt like Japanese Saku was located inside of a bowl. This feeling was due to the fact that it was surrounded by mountains. I hope this project will continue and give new opportunities to other students as well.

To be honest, I wasn´t really a fan of Japan before joining the Japanese Club. During my trip I discovered that Japanese culture is very unique and interesting, so now I´m very much interested in Japanese culture. This trip was a lesson to see cultural differences between our two countries as well. Some day in the future I would really like to return and experience Japan some more. This project gave me courage to talk in English and also practice my Japanese a little. I´m really grateful for this experience.

I have been a huge fan of Japanese culture since I was little and therefore traveling to the Land of the Rising Sun has been one of my biggest dreams. Coming out from the Narita Airport, I still couldn´t believe that I was actually there.
One of the first things I noticed was that in reality Japan is much more beautiful than on photos. Everything was in real colors and cute, just like anime. We were lucky because during out stay the weather was wonderful considering the season. We had rain only once and it was sunny during the rest of our stay. The most memorable moments from our trip include grannies in pink shirts (the local grannies´ club who helped us plant flowers), sado, visiting schools and Tokyo. It was a really good experience to stay with a host family. I was able to practice Japanese language, see people´s daily lives and try different Japanese foods.

Between 14. and 18. January, Mr. Seiji Yanagida, Mayor of Saku City, Japan and delegates visited Saku Municipality in Estonia to celebrate the 150th Anniversary of the Municipality. Taking this opportunity, the mayors signed a new memorandum for the students` exchange programme. Mayor Yanagida delivered a presentation about Saku City as a pre-games training site for the 2020 Tokyo Olympics and Paralympics. 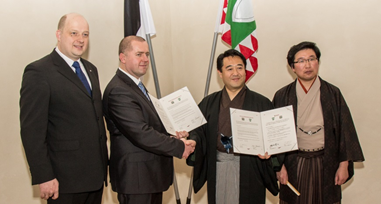 Signing the memorandum for the students` exchange programme

August 2012
The first Saku Estonian Festival was held during August 2012 in Saku City, Nagano Prefecture. The festival introduced Estonian culture, food and handicrafts to Japanese visitors. There was a photo exhibition about Estonia and Estonian Saku beer along with various other Estonian goods was sold. This event was a big success. 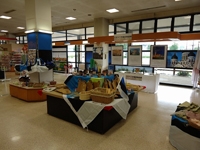 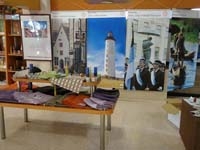 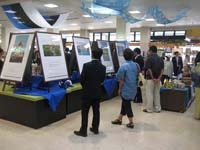 1. May 2007 Friendship City Agreement Was Signed

A Friendship City Agreement was signed on 1. May 2007 between Saku City in Nagano Prefecture, Japan and Saku Municipality in Harju County, Estonia. The signing ceremony took place in Saku, Japan. 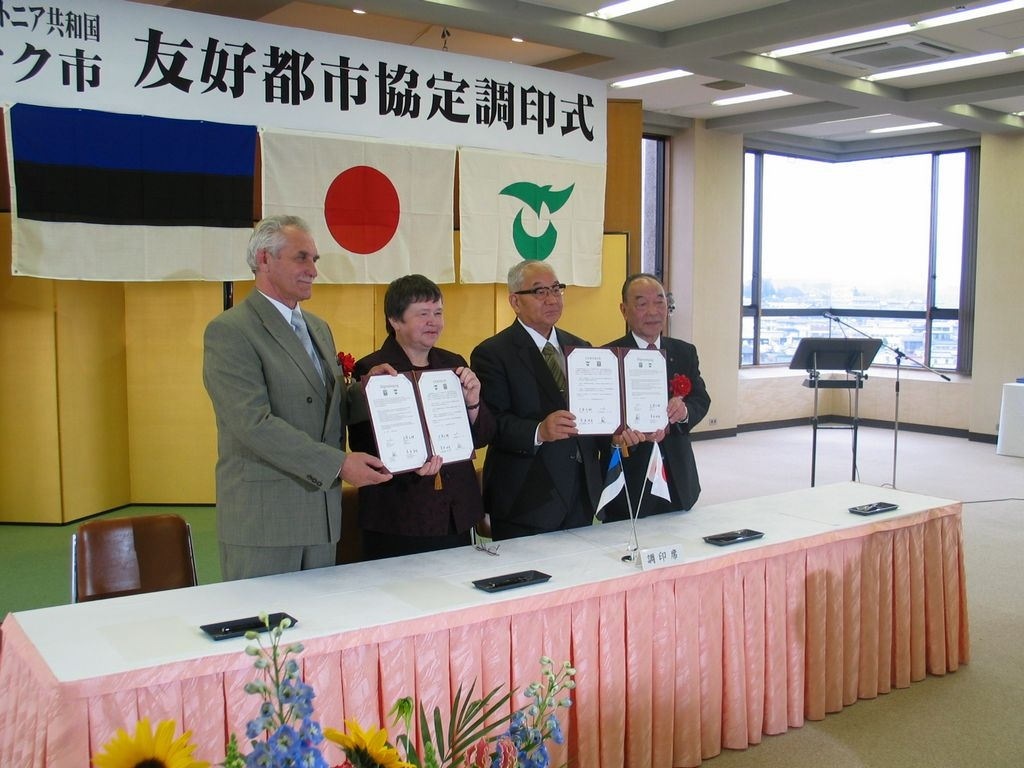