2020/2/20
On 20th February, Ambassador Kitaoka visited “Taltech Sports Hall” in the suburbs of Tallinn, the capital city.
He delivered a speech, participating in the opening ceremony of the Memorial Plaque to commemorate “50th Anniversary of Estonian Karate”, which was installed on the wall of the Hall. 50 years ago, exactly at this place, the history of Estonian Karate started.

Ambassador Kitaoka said “the Estonian Karate survived through the harsh period under the Soviet Union, and eventually has come to create champions in the international competitions. This is nothing but very, very, proud history”.

He celebrated the 50th Anniversary of the Estonian Karate from the bottom of his heart, and reconfirmed his determination to give his full support to Karate and all the other Japanese martial arts in Estonia. Ambassador has already attended “50th Anniversary of the Estonian Karate Federation” on 12th January. Following this, the occasion this time has again become very impressive and precious occasion for the Ambassador. 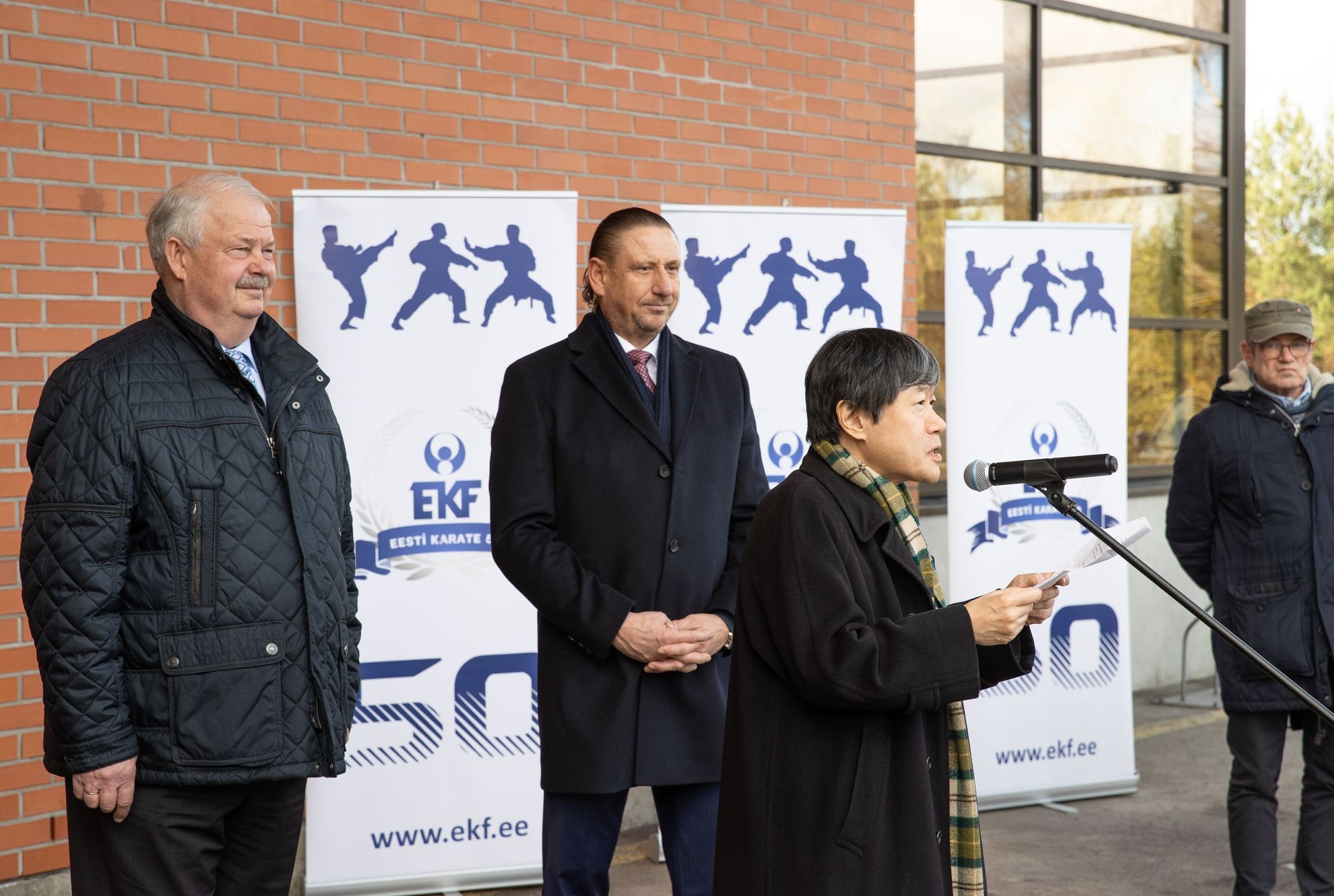 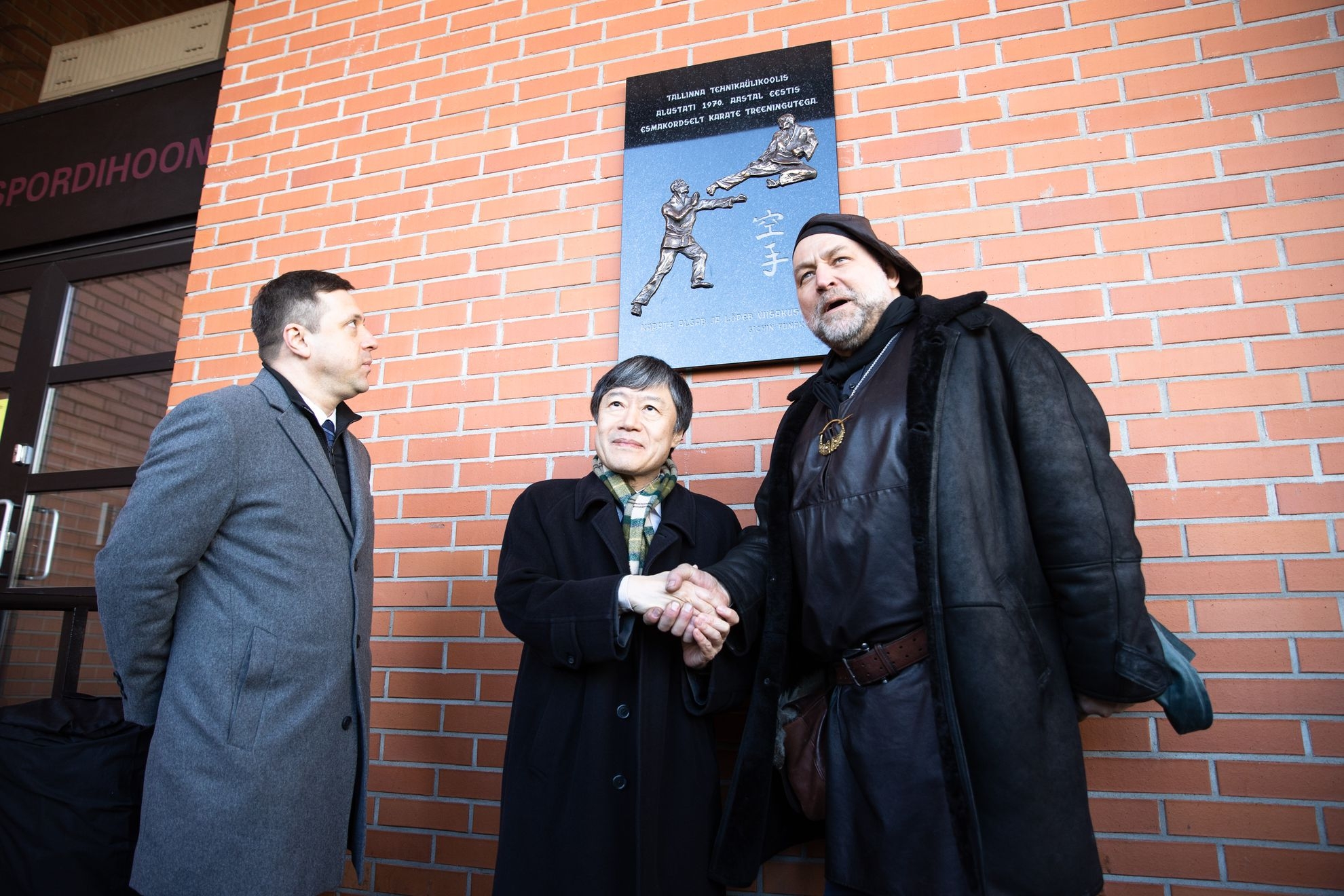