2020/2/21
On 21st February, Ambassador Kitaoka made his fifth visit to Tartu City to attend the Ceremony and the Concert to mark the 102nd Anniversary of the Republic of Estonia, with the kind invitation of Prof. Toomas Asser, the Rector of the Tartu University. The rector once conducted researches in Tohoku University in Japan.

The ceremony was also attended by Mr.Urmas Klaas, the Mayor of Tartu, and H.E. Mr. Henn Põlluaas, the President of the Estonian Parliament (Riigikogu).

The ceremony was accompanied by songs by the choir of the Tartu University, which was so beautiful as usual, and passionate playing of marimba by young Estonian, Mr. Tanel-Eiko Novikov.

“100 semesters at the University of Tartu” decorations, which was newly founded by the Rector, were presented to 94 people.

It was followed by Ambassador’s visit to “Delta Center” of the Tartu University, which was newly opened in January, guided by the Rector and Prof. Jaak Vilo.

Ambassador highly acclaimed the Center, which is a grandiose project to enable fresh innovations, created by the synergy of close cooperation between the industry and the academia. 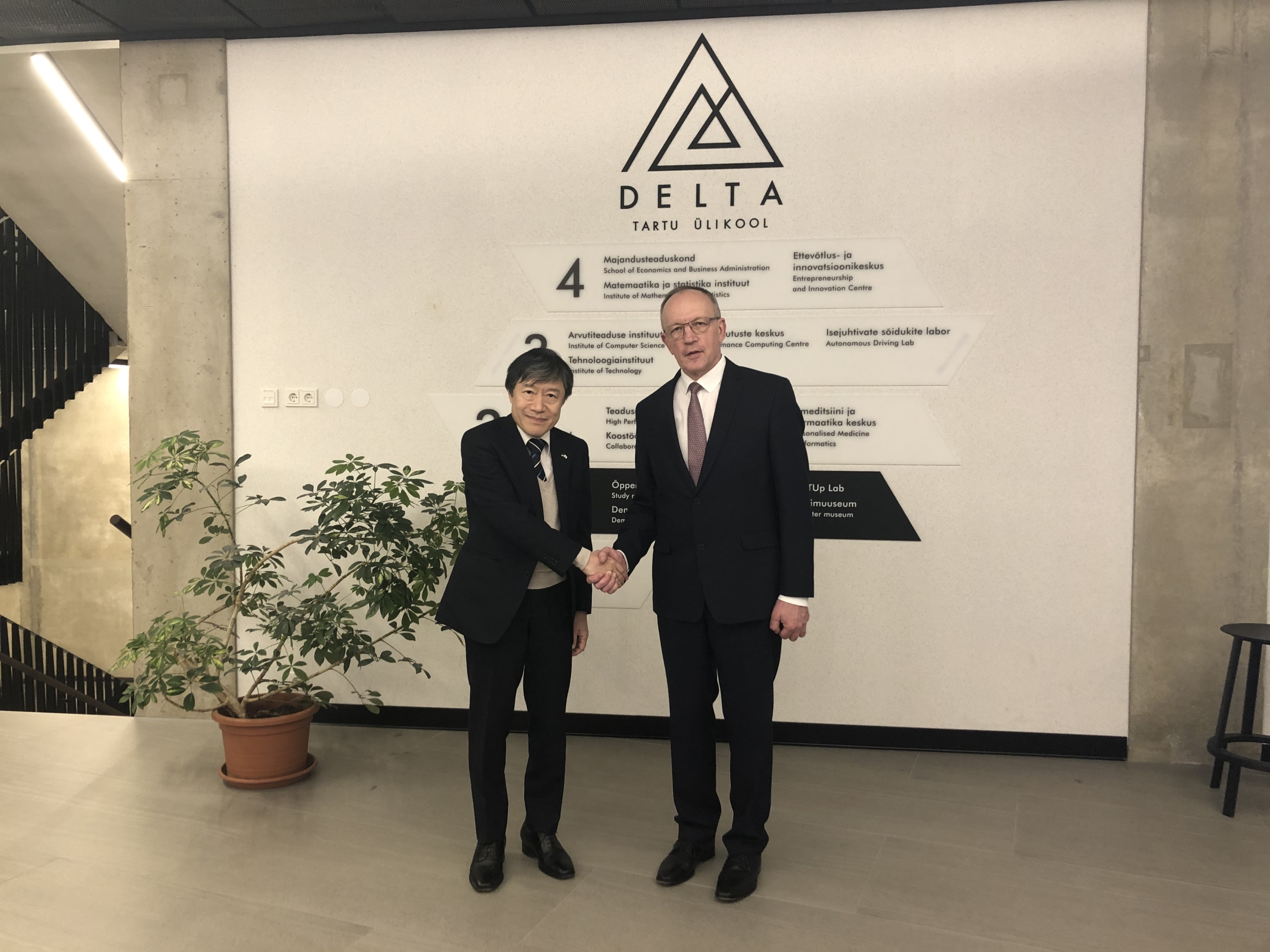 Together with Prof. Toomas Asser, the Rector of the Tartu University             Program of the ceremony and concert