The School is the biggest secondary school in Estonia, and located in Viimsi, next to Tallinn, the capital city. Ambassador was accompanied by Mr. Ito, a second secretary in charge of cultural affairs and public relations. Ambassador’s visit this time follows another visit in December last year to Paldiski, both of which were so kindly arranged by Ms. Helen Uus, the Chairperson of Estonian NPO “MTÜ Diplomatic Relations Project”.

Firstly, the Foreign Minister delivered a speech to 270 students. It was followed by Ambassador’s power-point presentation entitled “What is Japan? Mysterious Island Country”. After the presentation, Ambassador was pleased to have a chat with students, who can speak Japanese or are fan of Japanese “anime”.

After the photo session with the students, Ambassador enjoyed a tour inside of the school guided by Ms. Kirke Kobi, Development Manager. Ambassador was strongly impressed by artistic architecture of the school, which was once awarded at “the Best Wooden Building Competition”. 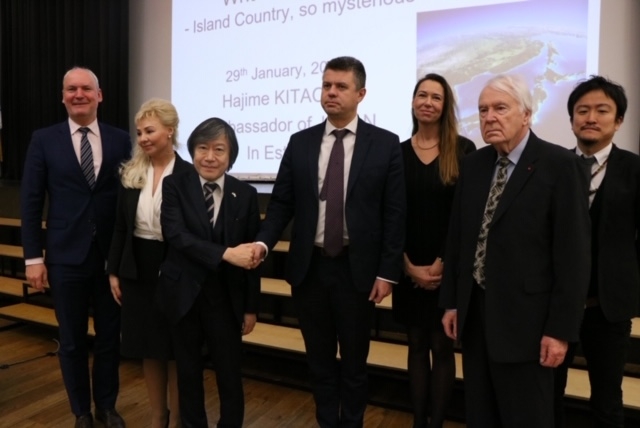 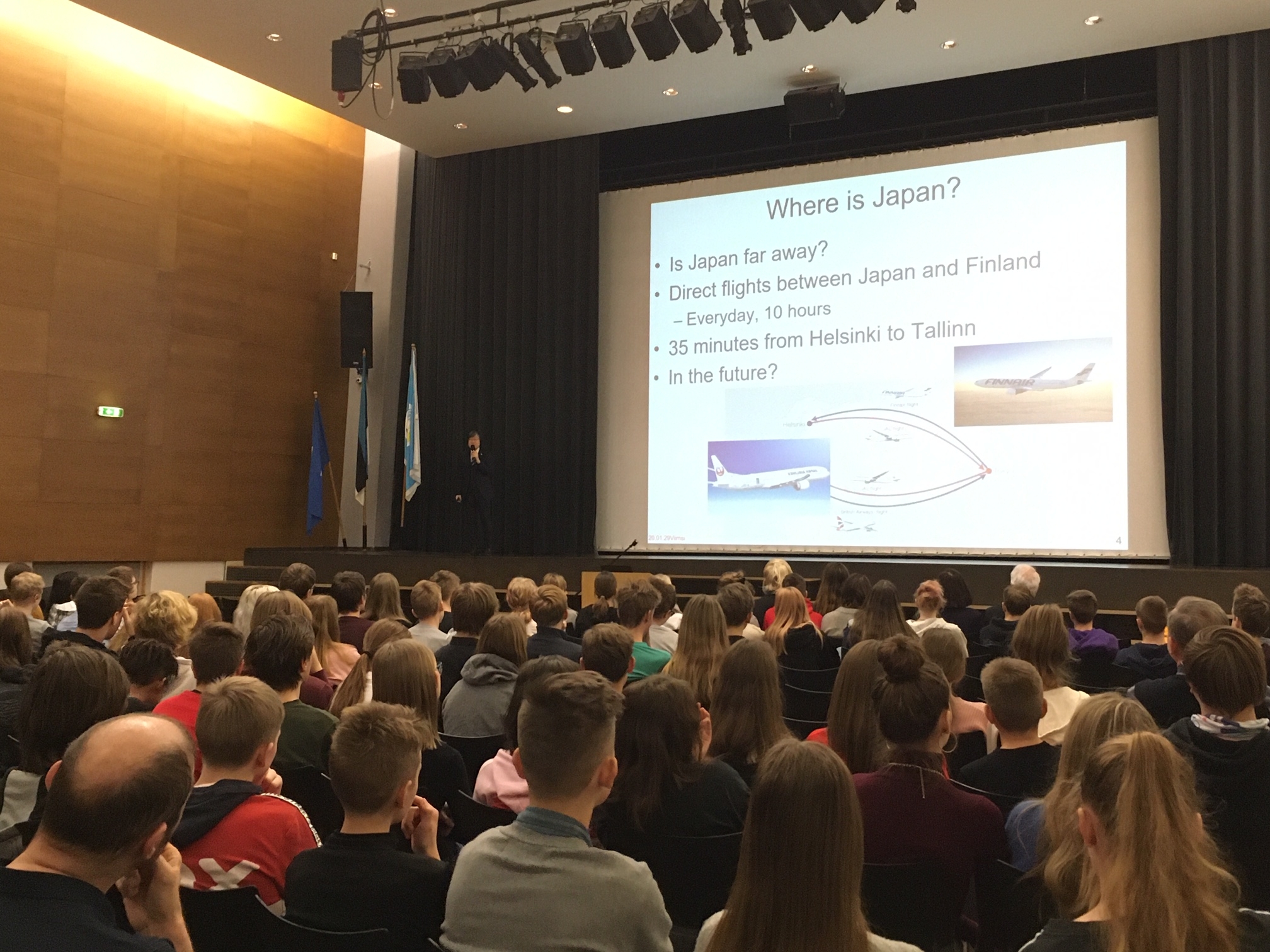