2020/2/2
Ambassador Kitaoka made his fourth visit to Tartu to attend the Ceremony to Commemorate the 100 years Anniversary of “Tartu Peace Treaty”, which took place on 1st and 2nd of February. On the 2nd day, Mr. Matsumura, the Counsellor joined the Ambassador.

On the 1st day, Ambassador participated in the international conference entitled “Tartu Peace 100 Conference”. Opened by the speech by H.E. Mr. Reinsalu, the Foreign Minister, experts from various countries made presentations and panel discussions on “Tartu Peace Treaty” from the viewpoints of history, international law, and national security for small countries.

It was followed by Ambassador’s visit to “Tartu Peace Treaty Room” in “Jaan Poska Gymnasium”, where the Treaty was signed, and Ambassador touched the table, where the negotiations were actually conducted (see picture).

Ambassador’s visit was completed by his attendance to “Ceremonial Concert” at “Vanemuise Concert Hall”, and he went back to Tallinn.
The fourth visit to Tartu has become very precious occasion for the Ambassador to learn a lot about one of the most important historical moments of Estonia, of which Ambassador is in charge. 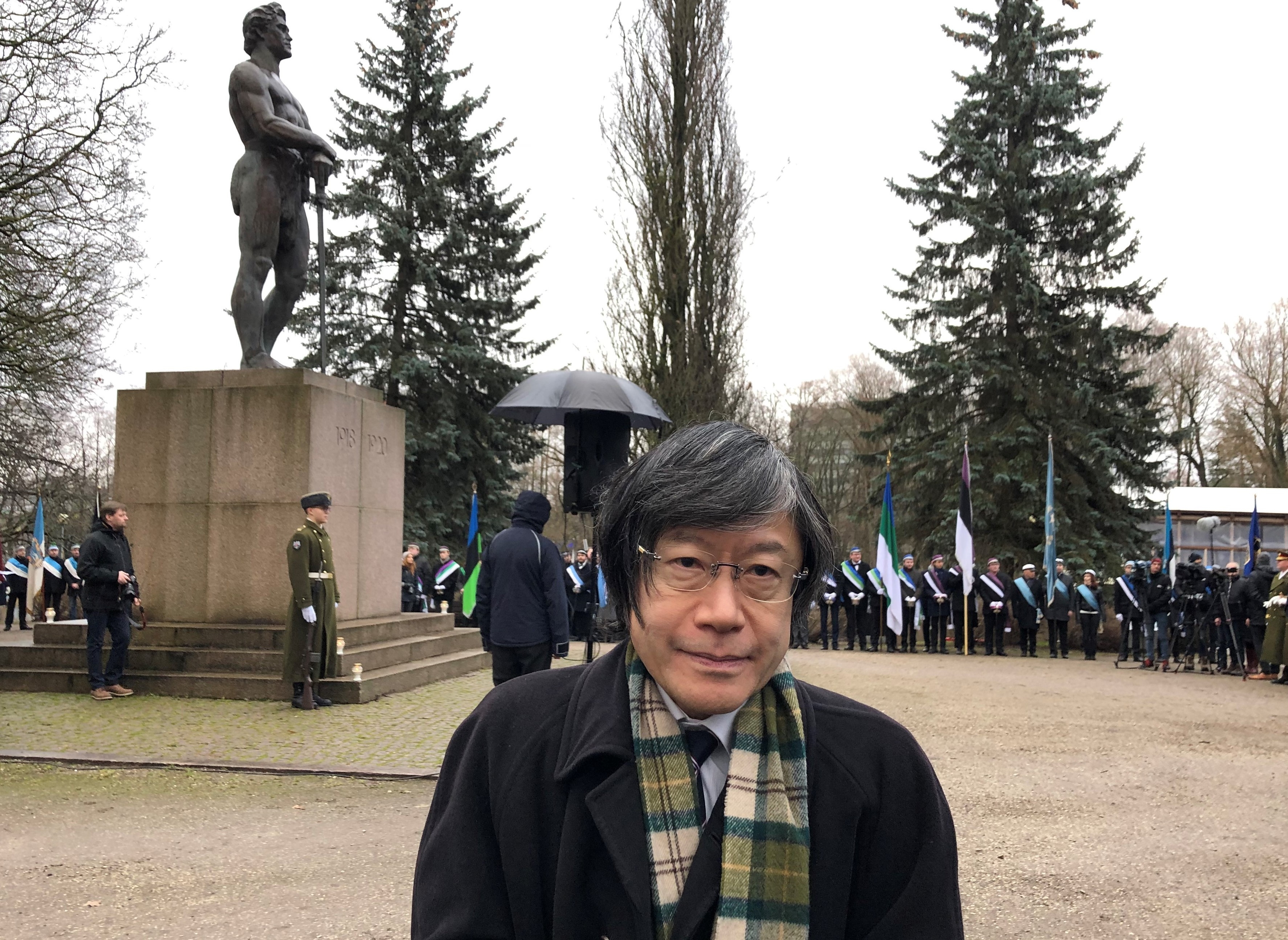 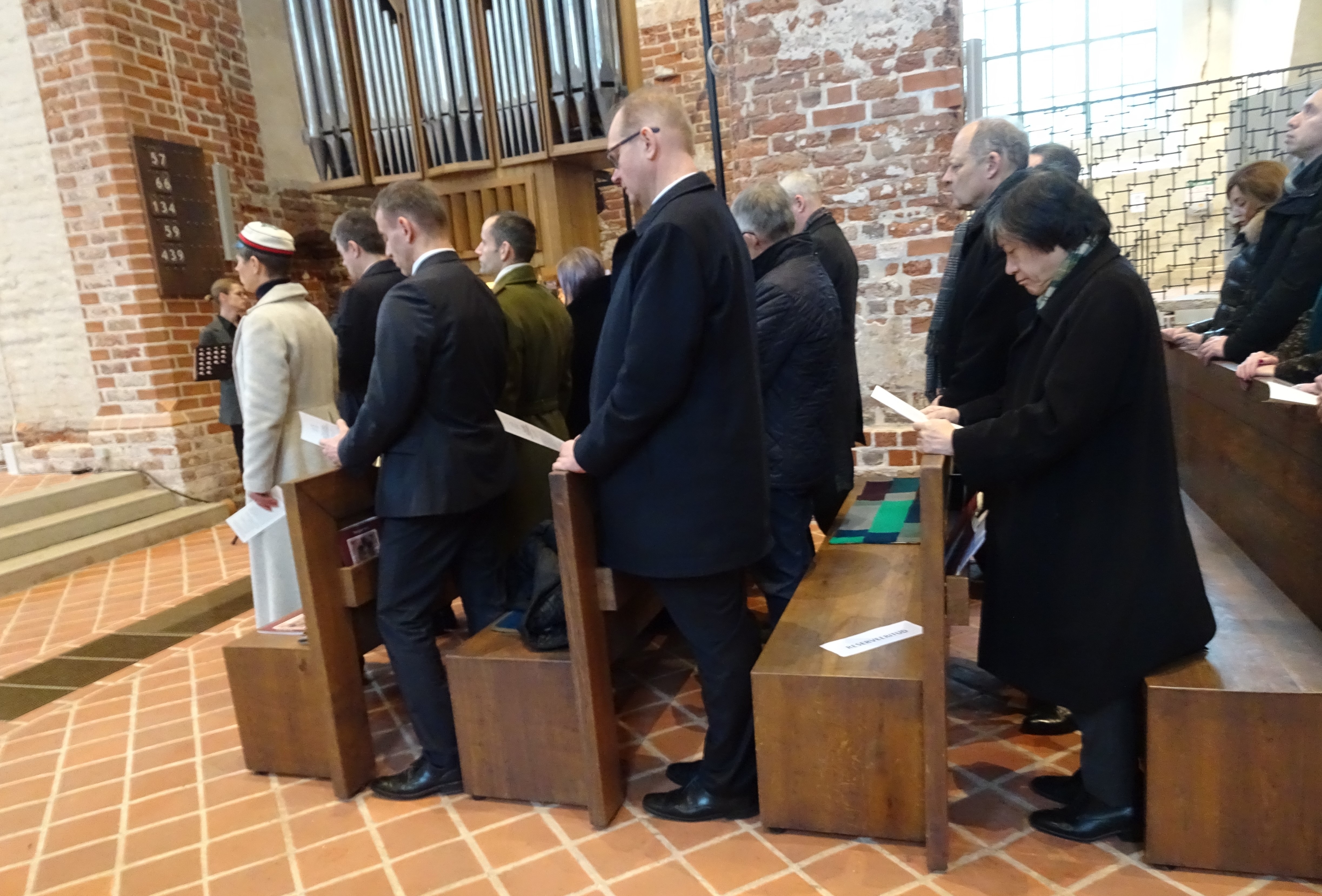 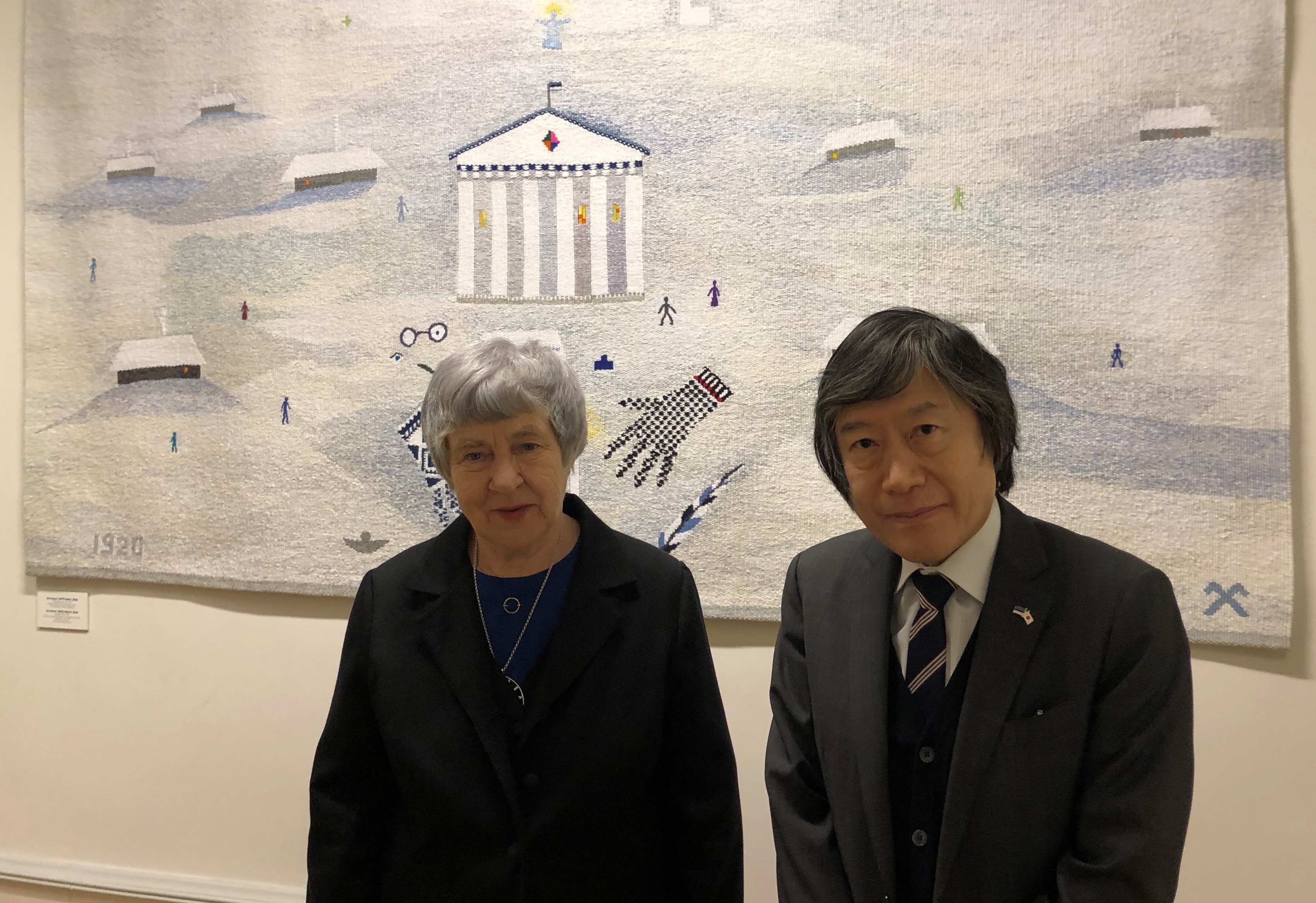 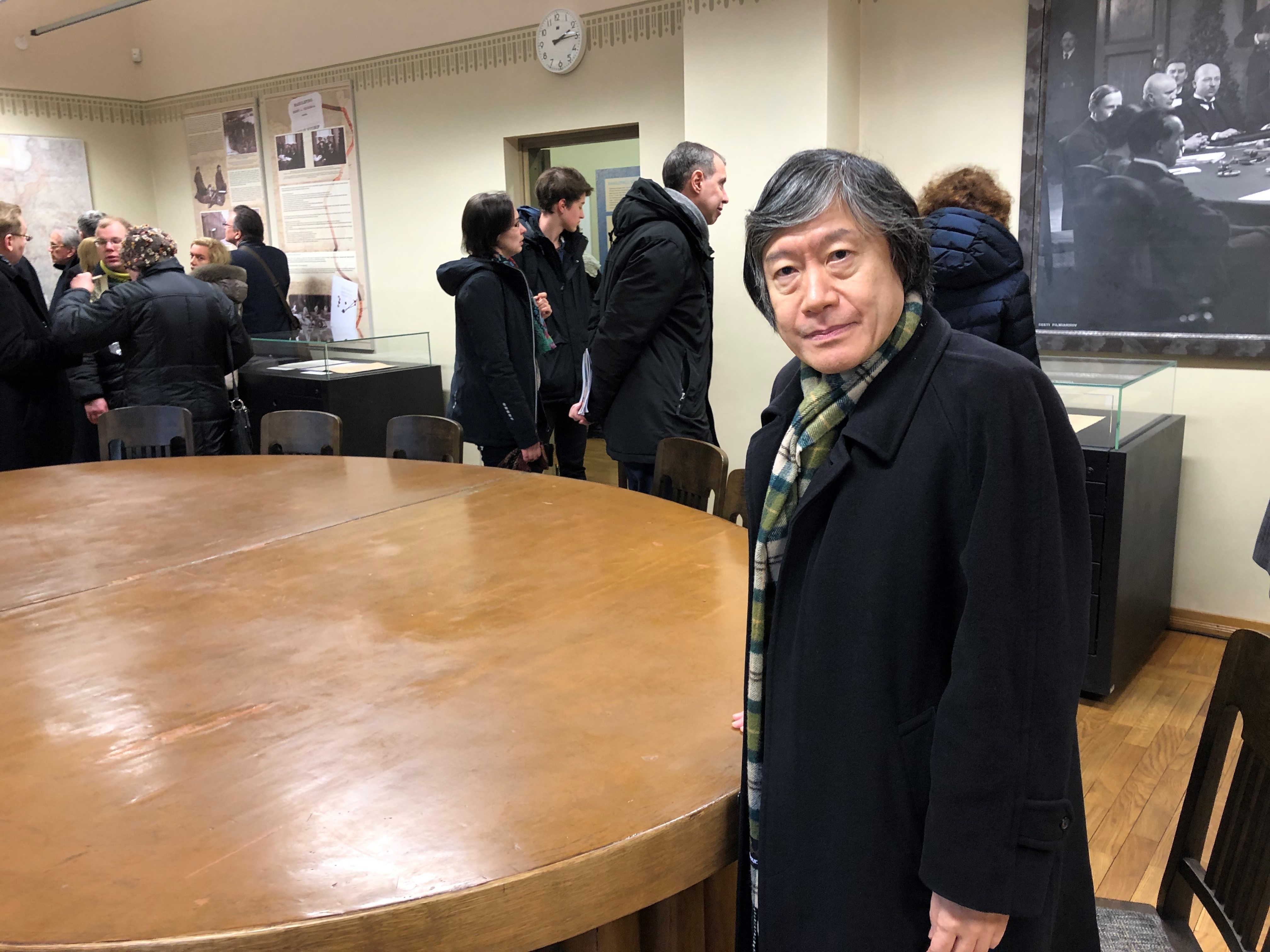 Together with Professor Emeritus of the Estonian Academy       Ambassador touched the table, where the negotiations were conducted