The meeting was also attended by Foreign Relations Adviser to the Chairman, Ms. Marika Põldma, who materialized the Ambassador’s courtesy call. From the Japanese Embassy, Mr. Ito, Second Secretary in charge of culture and public relations attended.

Chairman welcomed the arrival of the New Ambassador and his visit to the City Council, and gave the Ambassador a briefing on Tallinn’s municipal administration and friendly exchanges with foreign cities. The briefing by Chairman Terik, who is also the Chairman of the board of “the Association of Estonian Cities and Municipalities”, was very impressive for the Ambassador.

The Ambassador expressed his sincere wish that Tallinn, a port city, could eventually sign sister city agreement with a Japanese port city in the future, and the Chairman promised his full cooperation to materialize it. 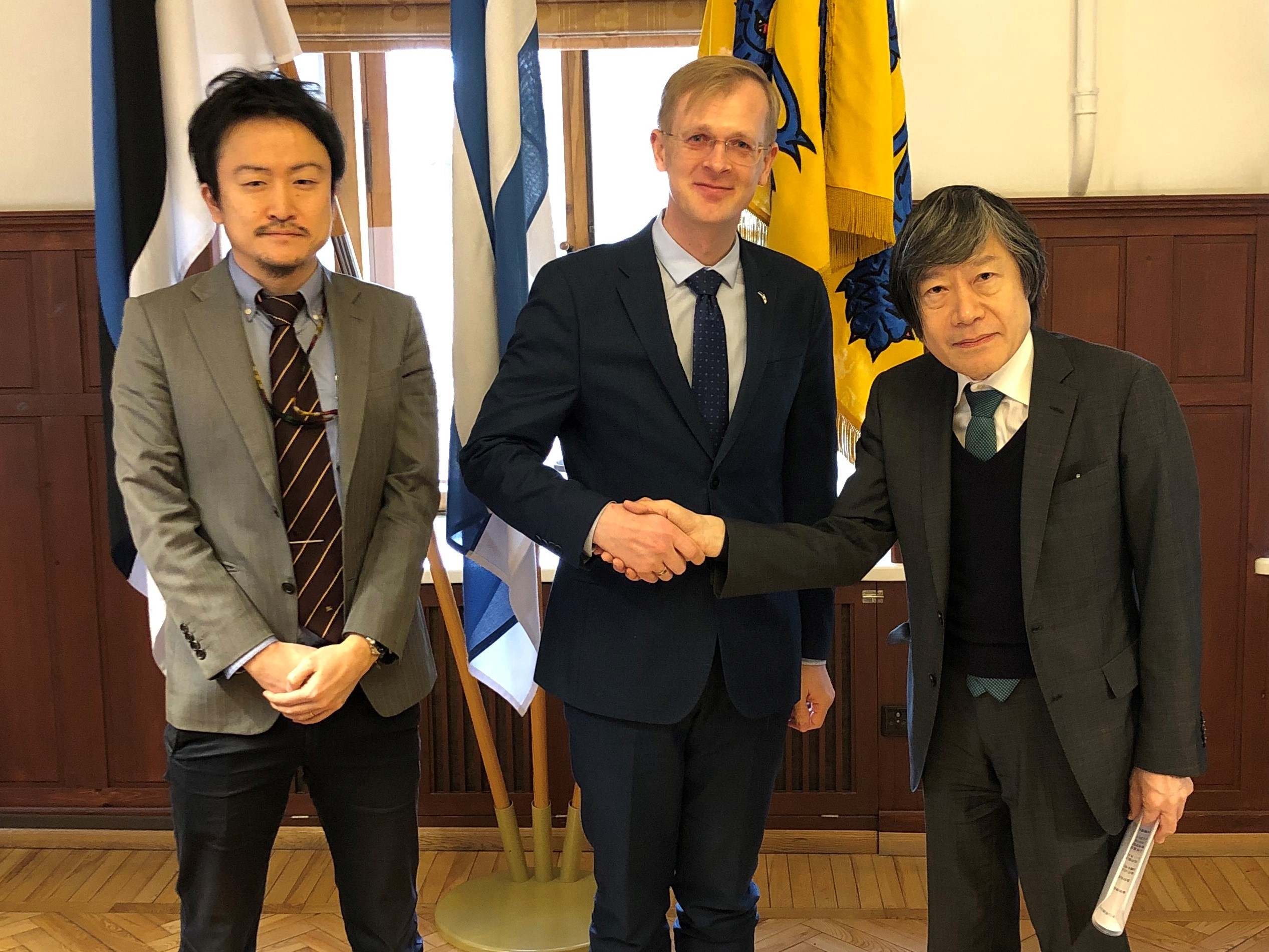 With the  Chairman of the Tallinn City Council