From the Japanese Embassy, Mr. Matsumura, Counsellor, Mr. Ito, Second Secretary in charge of culture and public relations, and Ms. Made Leene Truu, staff in charge of culture and public relations, who is a graduate of Tallinn University and speaks fluent Japanese. Rector welcomed the visit of Ambassador and introduced Tallinn University, where students could learn both Japanese language and culture, seven Japanese students are studying to get degrees, and cooperation agreements were signed with 6 Japanese universities.

Ambassador said “in order to make the existing Estonian-Japanese friendship more stable and long-lasting, it is vital for both countries to understand each other deeper”, and from that point of view, he highly appreciated the policy of Tallinn University.

Then Ambassador enjoyed the tour inside of University, personally guided by Rector. It was very impressive for Ambassador to see the architecture of University, which looks like a single campus, but is the combination of buildings constructed at different periods, dating back to 1940 to this year. 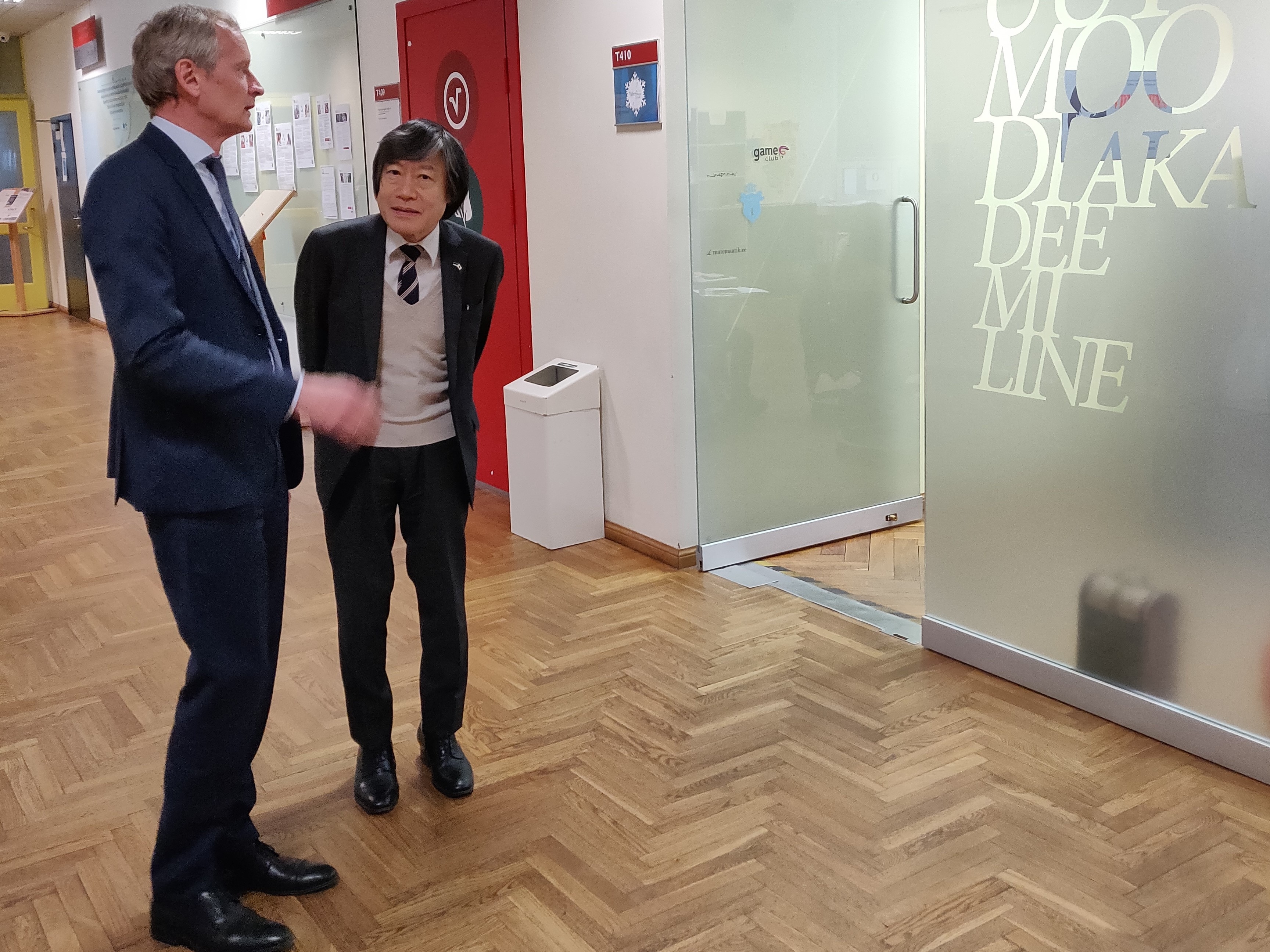