Ambassador had a meeting with Mr. Felgen, the General Manager of “Swissôtel”

2020/1/24
On 24th January, Ambassador Kitaoka invited Mr. Gilles Felgen, the General Manager of “Swissôtel”, which is a 5 star hotel in Tallinn, the capital city, to a dinner.

From the hotel, it was also attended by Ms. Sandra Maurer, the Sales Manager, and Ms. Karina Köörna, the Meeting & Event Manager. From the Japanese Embassy, Ms. Kaoru Oishi, Second Secretary in charge of administration and Ms. Yuki Ariga, Attaché attended.

Prior to the meeting, Ambassador Kitaoka made a powerpoint presentation entitled “Japan and the Emperor”. Then Ambassador and General Manager exchanged their views on their cooperation in the future, when an important Embassy event is scheduled to take place. After that, all the participants discussed on various topics like how to promote tourism in Estonia, while enjoying the Japanese dishes cooked by Mr. Takaaki Arai, the official chef of the Ambassador. 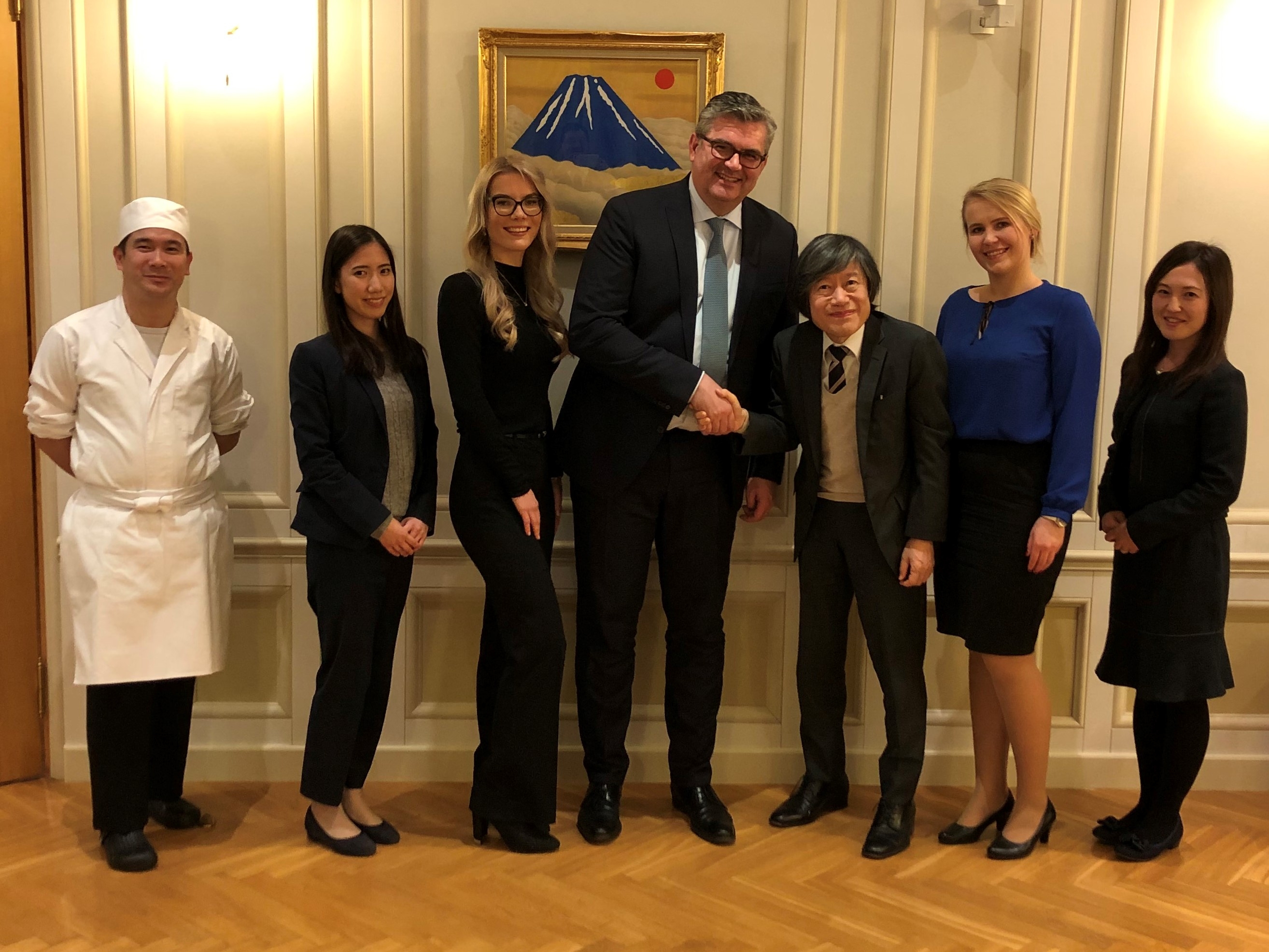 With the Representatives of “Swissôtel”