2019/12/17
On 7th December, Ambassador Kitaoka made his third visit to the City of Tartu to attend the ceremony “50th Anniversary of Estonian Judo Association”.

The ceremony was also attended by Mr. Kaido Höövelson, who is a member of the National Parliament (Riigikogu), and he celebrated Estonian Judo and the Association. Mr. Höövelson, once in Japan, showed a great performance as a Sumo wrestler “Baruto”! The ceremony finished in very much lively atmosphere. 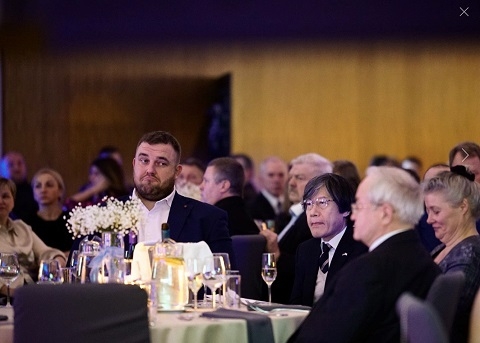 With Baruto (Mr. Höövelson) at the ceremony