2022/2/8
On 8th February, Ambassador Matsumura visited Saku Municipality which is a sister city of Saku City in Nagano Prefecture, Japan, and exchanged views on the past history of exchange between the two cities and the measures to strengthen the exchange in the future with the Mayor, Marti Rehema and the Chairperson of the Municipal Council, Eero Alamaa.
In particular, the Mayor gave an overview of Saku Municipality and its features, including "Japan Week" held every October since 2014, and Saku’s unique industries such as beer, timber and housing, and they agreed on the importance of grassroots exchange among the younger generation. 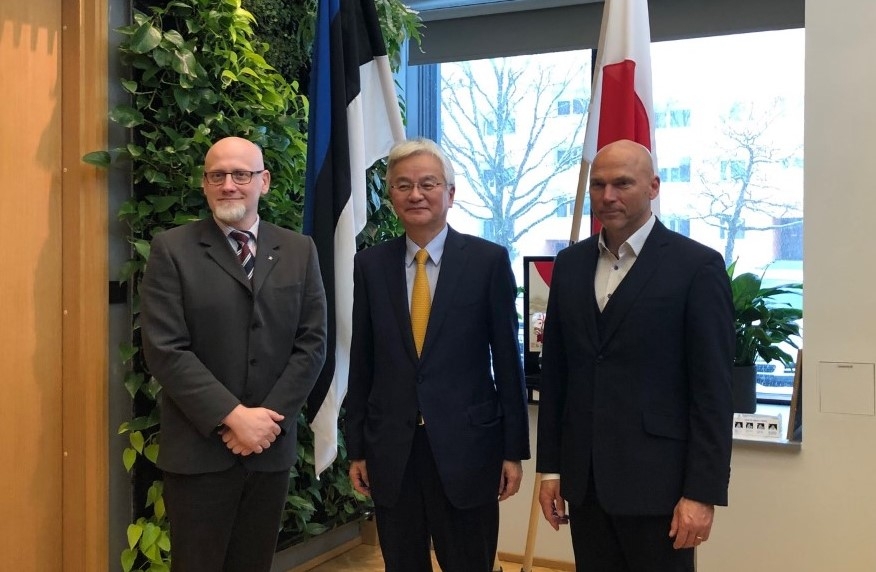