​Ambassador Kitaoka made his first official visit to Saaremaa 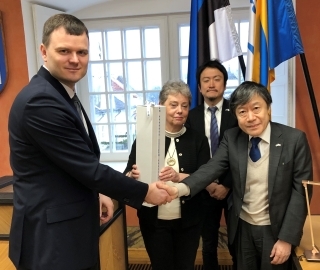 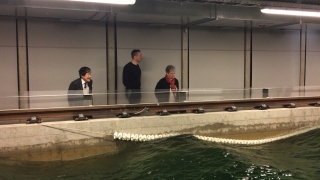 Visit to SCC
On 4th March, Ambassador Kitaoka made his first official visit to Saaremaa, the biggest island in Estonia. He was escorted by Mr. Ito, a Second Secretary in charge of culture and public relations.

His visit started with the meeting with Mr. Madis Kallas, Mayor, and Ms. Tiiu Aro, Chairperson of the Municipality Council. Ambassador introduced the examples of Haapsalu, which he visited on the previous day, or Pärnu or Saku, and recommended to follow them to have a friendship agreement with a Japanese municipality, since Saaremaa is so attractive with rich nature and beautiful scenery. The Mayor and the Chairperson agreed to explore the possibility of the possible agreement in the future.

The meeting was followed by Ambassador’s visit to the Small Craft Competence Centre of Taltech.
Ambassador congratulated that the research cooperation is ongoing between the Center and Tokyo University.

Then Ambassador visited “Saaremaa DeliFood”, where Mr. Margus Puust, the owner and also the Chairman of Saaremaa Entrepreneurs Association, gave a briefing on the history and sales strategy of the company to Ambassador. The company’s cheese snack called “Kohuke” has a delicate sweetness, which must be liked by the Japanese. After inspecting the factory, Ambassador said that he would like to support the company so that it could export its products to the Japanese market.

It was followed by the visit to “Saaremaa Piimatööstus”, where Ms. Aime Paas, Chief of Technology, gave a briefing on the history and sales strategy of the company to Ambassador. The company’s cheese product is so tasty, proud of very high quality and additive-free. After inspecting the factory, Ambassador said that he would like to support the company so that it could export its products to the Japanese market.

Then a luncheon was hosted by the Mayor and the Chairperson, and the way to promote the friendship with Japan further was discussed. In the afternoon, Ambassador visited Kuressaare Hospital, where he was welcomed by hospitality of Mr. Edward Laane, Head Director, with the Estonian and Japanese flags, a traditional Japanese doll “Hakata-ningyo”, and delicacies of Saaremaa. Mr. Laane’s briefing was so much wide-ranged, from the introduction of his hospital to the cultural comparison between Estonian hospitals and Japanese hospitals.

Ambassador was impressed by Mr. Laane’s deep insight into the Japanese culture. The briefing was followed by the inspection of the Hospital guided by Mr. Laane and Mr. Kalle Laanet, Member of the Board, and Deputy Chairman of National Defence Committee. Ambassador was amazed by this island-hospital, which is so big and so much well equipped.

Eventually Ambassador was interviewed by a local newspaper “Saarte Hääl”. He said “I was impressed by hospitality of the people in Saaremaa. There is a big potential here to make its friendship with Japan deeper in the future”.

Though Ambassador’s visit to Saaremaa this time was short, but was proved to be very fruitful! 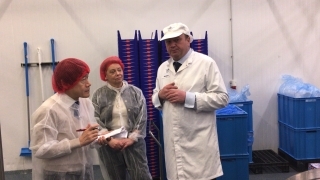 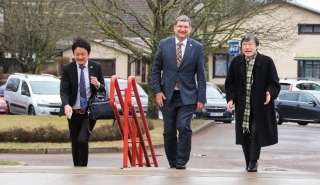