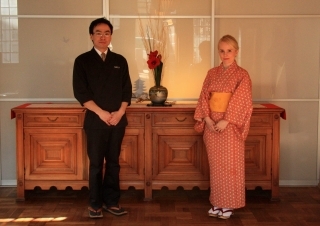 Mr. SHIRAISHI and his spouse 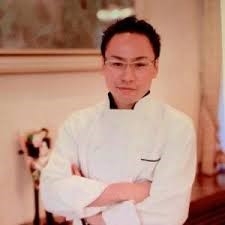 Mr. Shuichi SHIRAISHI
On 22 January, the Ministry of Agriculture, Forestry and Fisheries (MAFF) of Japan appointed Mr. Shuichi SHIRAISHI, Owner Chef of restaurant Haku, as a "Japanese Cuisine Goodwill Ambassador" in recognition of his years of efforts to disseminate Japanese food and dietary culture in Estonia.
He has received a high valuation by winning "Silver Spoon Award" which is given to the best restaurant in Estonia every year in many categories, and regularly offered Japanese cooking classes for Estonian people. The Embassy hopes that he will continue to contribute to the promotion and dissemination of Japanese food and dietary culture in Estonia.