Ambassador paid a courtesy call to the Prime Minister

Prime Minister has an interest in Japan, being a member of  “Estonia-Japan Parliamentary Friendship Group” before becoming the Prime Minister. When he was working as the Deputy Mayor of the Capital City, Tallinn, he attended the ceremony to plant a cherry tree donated by “Japan-Estonia Friendship Association”.

Both Prime Minister and Ambassador confirmed that the bilateral relationship has been developing steadily.

It was followed by the talks on how to promote the existing friendship further. 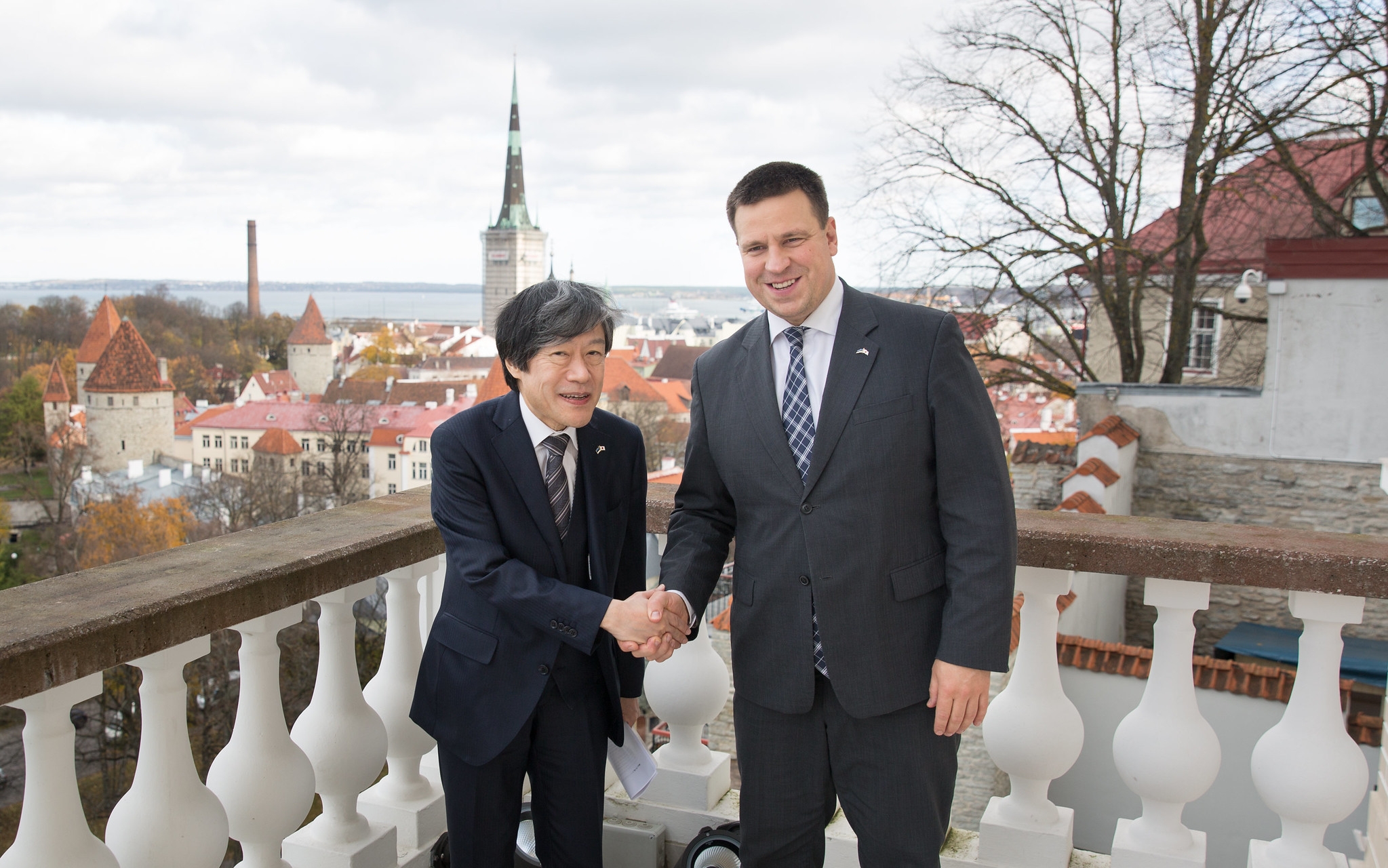