NHK Symphony Orchestra has come to Estonia! Their first concert in Tallinn finished with a great success

This is nothing but a historical moment, since NHK Symphony Orchestra has never visited Estonia in the past.

The concert started with Takemitsu’s master piece in his later years “How slow the Wind”, followed by Schumann’s Cello Concerto A minor, which has become very impressive with such a romantic solo, played by Ms. Sol Gabetta. After the intermission, Bruckner’s master piece, Symphony No.7 was played.

Maestro Järvi’s conducting was so passionate, reminding us of his thoughts to his homeland. It was so well responded by the Orchestra, so well united by a concert master, Mr. Fuminori Shinozaki, known as “MARO”. Their music became so powerful as if it was shaking “Estonia Concert Hall”, and it ended up with a standing ovation.

After another two pieces played as encore, still a storm-like applause never finished, and the concert eventually finished with Maestro Järvi, waving his hand to the audience.

At the party after the concert, Ambassador Kitaoka congratulated Maestro Järvi and the Orchestra, saying “tonight, another friendship bridge was built between Estonia and Japan!”.

“Europe Tour 2020” will continue in the U.K., France, Austria, Germany, Holland, and Belgium.

To Maestro Järvi and all the members of the NHK Symphony Orchestra,
Many thanks for coming to Estonia!

The Embassy of Japan in Estonia wish for the successes of all the following concerts in Europe! 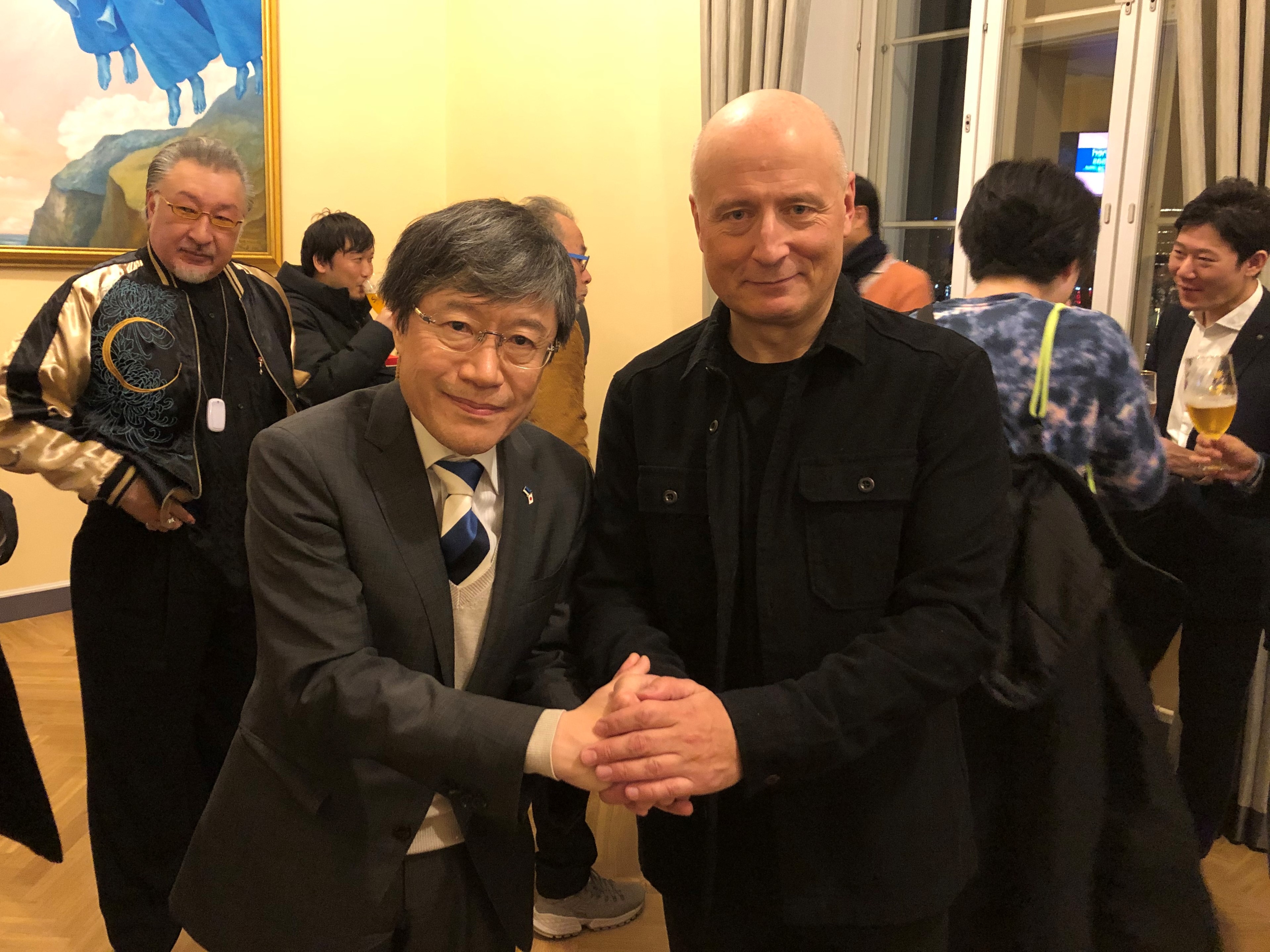