He had a meeting with Colonel Jaak Tarien, the Director of CCDCOE, and discussed the way to strengthen the cooperative relationship between CCDCOE and Japan. The meeting was attended by Mr. Yoshimura, the Chief of Political and Economic Department of the Japanese Embassy. It was also attended by Ms. Aari Lemmik, Head of International Relations, and Dr. Keiko Kono, Law Branch Researcher, who was seconded from the Japanese Ministry of Defence.

Dr. Kono has been making a significant contribution to CCDCOE since her secondment, using her rich expertise on laws.
Ambassador said, “the cooperation in cyber field, where Estonia is well-known for her excellence, was agreed between the Japanese Prime Minister Abe, and the Estonian Prime Minister Ratas. It is a great pleasure for me to see this cooperation has been developing steadily”.

Then Ambassador and Colonel Tarien, the Director, also discussed how to apply the conventional international laws to cyber security, which has newly emerged. 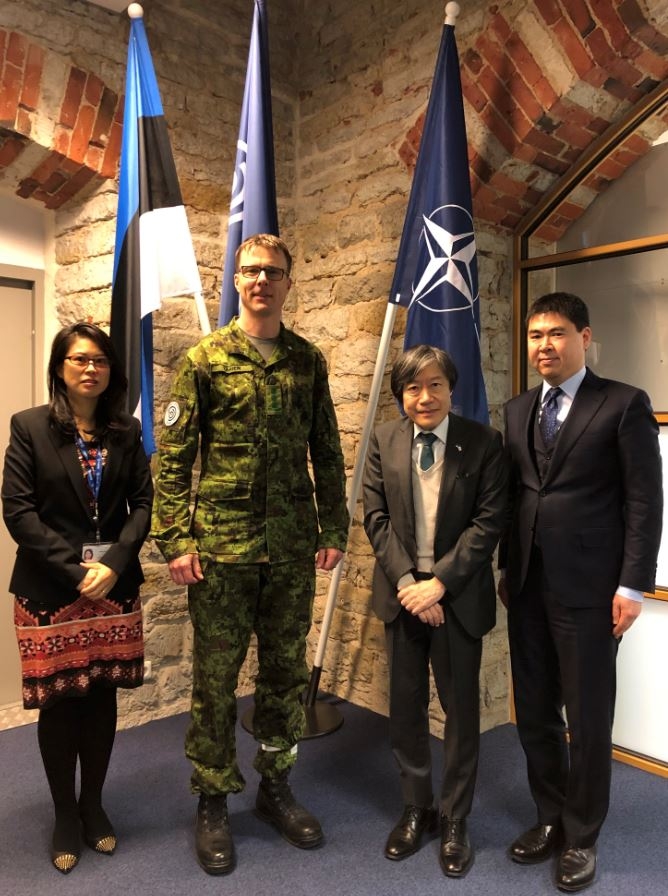 Together with Director and Law Branch Researcher of CCDCOE