2019/11/20
On 20th November, Ambassador Kitaoka visited the “Japanese Garden” in Kadriorg Park located at the outskirts of Tallinn, the Capital. He was welcomed and escorted by Mr. Ain Järve, Director of the Park. From the Japanese Embassy, Mr. Toshifumi Ito, a Second Secretary in charge of public relations and cultural affairs, escorted the Ambassador.

The construction of the “Japanese Garden” started in 2011, with the design made by Mr. Masao Sone, who is now the Representative of “Sone Gardening”, and very well renowned both in Japan and Europe.

Ambassador, with great interests, appreciated the Garden, where the Japanese tradition of “merger with the nature” is mixed with the inspiration gained from the Old City of Tallinn.

This Garden is not completed, and on its way for further development. Mr. Järve told the Ambassador his future plan to construct Tea-ceremony Room or bridges.

For the Ambassador, it was very impressive to see citizens of Tallinn enjoy taking a walk and a rest in Japanese atmosphere. 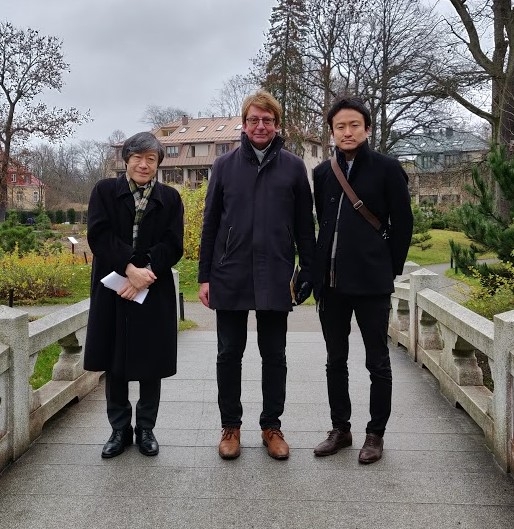 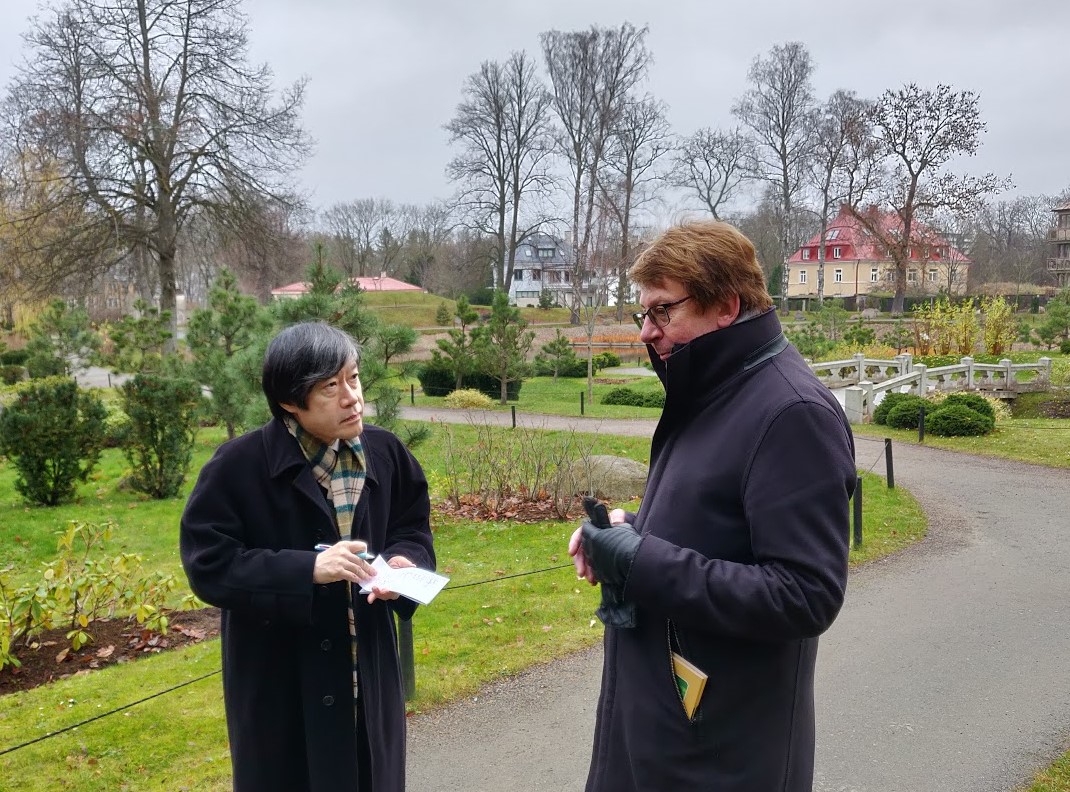