On 12th December, Ambassador Kitaoka visited ICDS (International Center for Defence and Security) in Tallinn, the capital, to pay his courtesy call to Mr. Sven Sakkov, the Director.

Ambassador was escorted by Mr. Yoshimura, the Chief of the Political Division of the Japanese Embassy.

The Director gave Ambassador a briefing on the activities of ICDS.

Ambassador expressed to the Director his ambition to promote the Estonian-Japanese relationship further, not only in the business sector, but also in national security.

It was followed by the discussion on how to strengthen the relationship between ICDS and Japan. 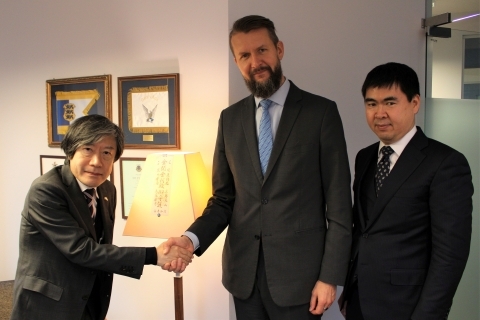