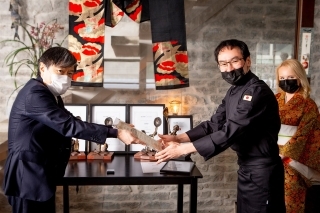 Conferment of the Letter of Appointment 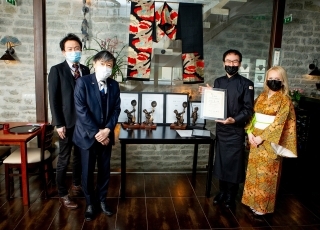 “Haku” was founded in 2015.
Mr. SHIRAISHI, who is an ex-Japanese Ambassador’s chef, decided to open his restaurant in Estonia, the home country of his wife, Marju.

His restaurant has always got stuck to only serving the authentic Japanese cuisine, and started getting highly acclaimed by the Estonians, who have sophisticated taste, and ended up with receiving “Silver Spoon Awards”, which is awarded to the best restaurants in Estonia every year, in as many as four categories!
On top, Mr. SHIRAIHSI, while managing his restaurant only with his wife, has hosted Japanese cuisine cooking class for the Estonians.
Together with his appearances on TV or magazines, he has been contributed a lot to the promotion of Japanese cuisine and Japanese cooking culture.

The Ambassador said, “this appointment has got materialized in a bit belated manner. I sincerely wish you that you, with a devoted support of your wife, shall continue to promote Japanese cuisine and Japanese cooking culture in future”. 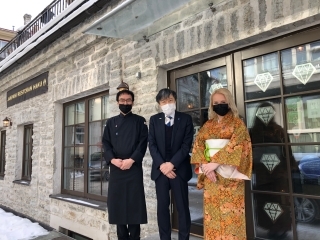 With an exterior view of Haku 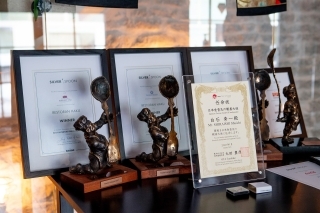