Ambassador Kitaoka hosted a farewell dinner for H.E. Mr. Mart Tarmak, who made a great contribution to promote Estonian-Japanese friendship

2020/1/31
On 31st January, Ambassador Kitaoka hosted farewell dinner at his official residence for H.E. Mr. Mart Tarmak, who has been posted to Lithuania after making great contribution to promote the Estonian-Japanese friendship in the Foreign Ministry in Estonia.

H.E. Mr. Tarmak was once posted to Lithuania to open the Estonia’s diplomatic mission in 1990’s, so the posting this time is the second to the same country. So far, he has been in charge of wide ranged areas like not only Asia, but also Africa, Australia, and Latin America.

And this dinner was also attended by another diplomat, who is particularly important for Ambassador Kitaoka.
She is Ms. Tiia Miller, Counsellor in charge of protocol, who welcomed Ambassador at “Lennart Meri Airport” last year at his arrival. She also made the arrangements for the Ambassador for the proposition of the letter of credence to President Kaljulaid.

From the Japanese Embassy, Mr. Matsumura, the Counsellor, and Mr. Yoshimura, the First Secretary attended.

All the participants enjoyed conversation over Japanese dishes cooked by Mr. Takaaki Arai, the official chef for the Ambassador, served with “sake”.

H.E. Mr. Tarmak, many many thanks for promoting the Estonian-Japanese friendship so much! We wish you the best of luck with your new post in Lithuania! 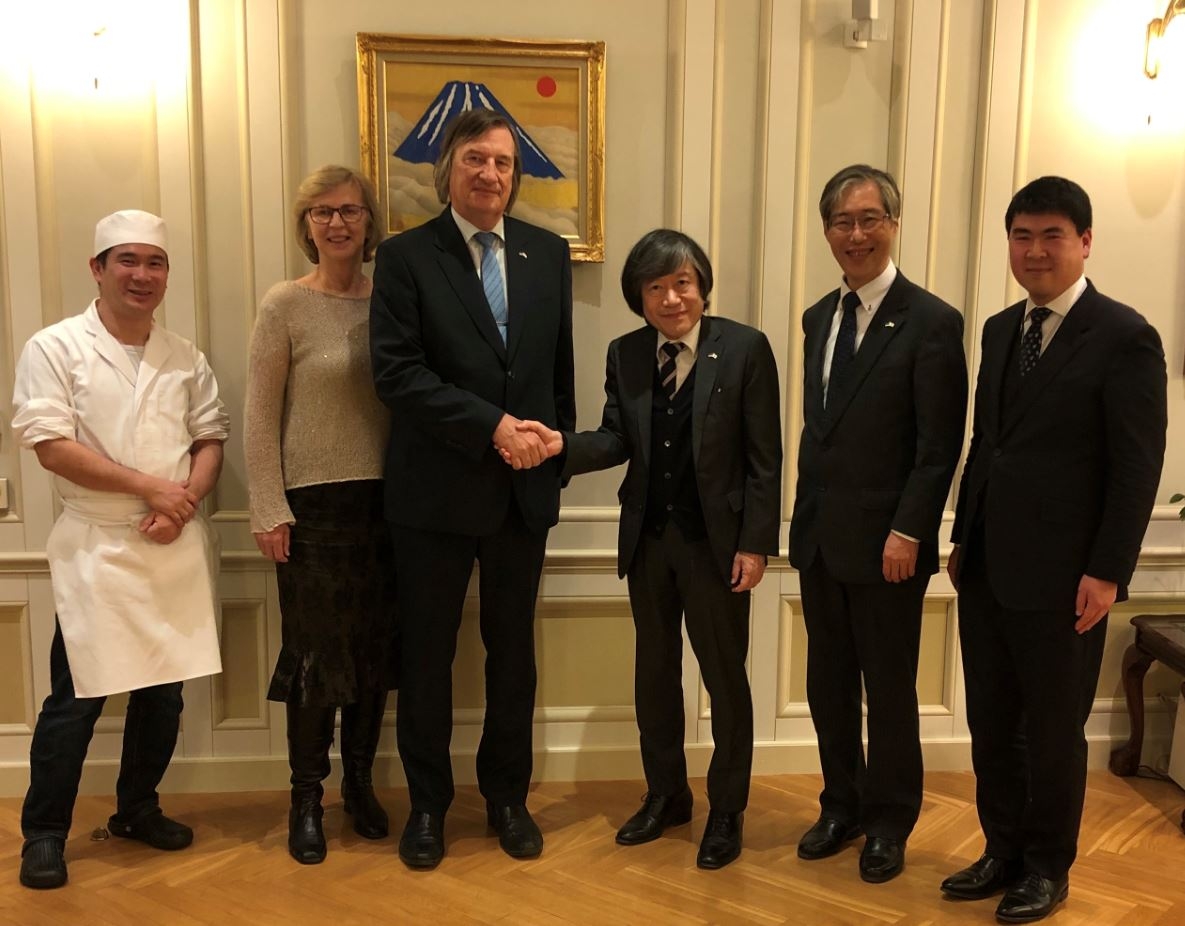