Ambassador Kitaoka had a meeting with Mr. Roose, Chairman of the Board of Estonian Public Broadcasting

2019/11/26
On 26th November, Ambassador Kitaoka had a meeting with Mr. Erik Roose, the Chairman of the Board of Estonian Public Broadcasting (ERR) at the Ambassador’s residence.

The meeting was also attended by Mr. Urmas Oru, Member of the Board of ERR. In October, Mr. Oru was in Japan to participate in TIFFCOM (Tokyo International Film Festival’s Commercial Market). From the Japanese Embassy, Mr. Toshifumi Ito, a Second Secretary in charge of public relations and cultural affairs attended.

Before the meeting, Ambassador Kitaoka made a presentation entitled “Japan and Emperor”. It was followed by the exchange of views on how to promote the existing Estonian-Japanese friendship further by using media. 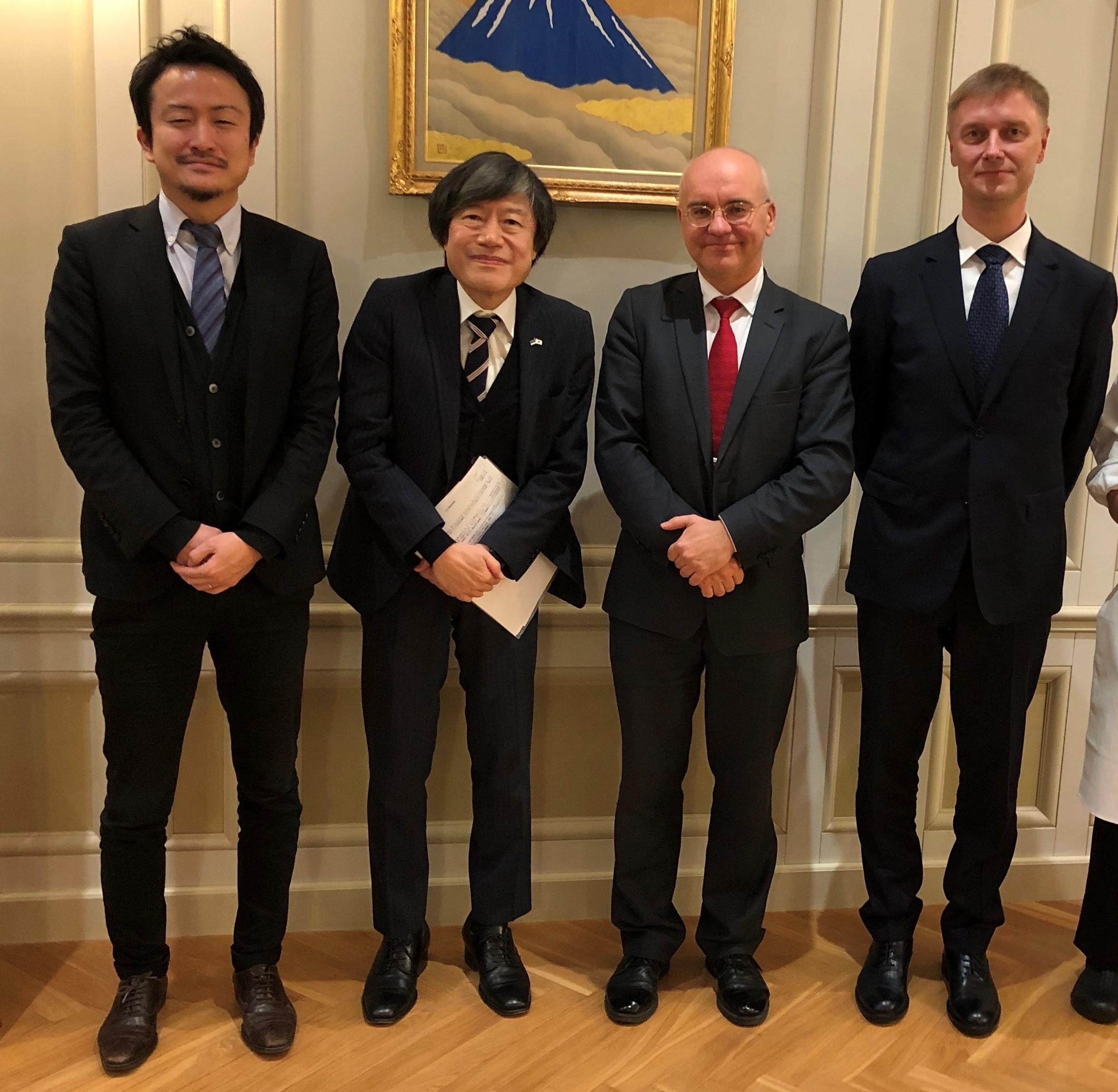 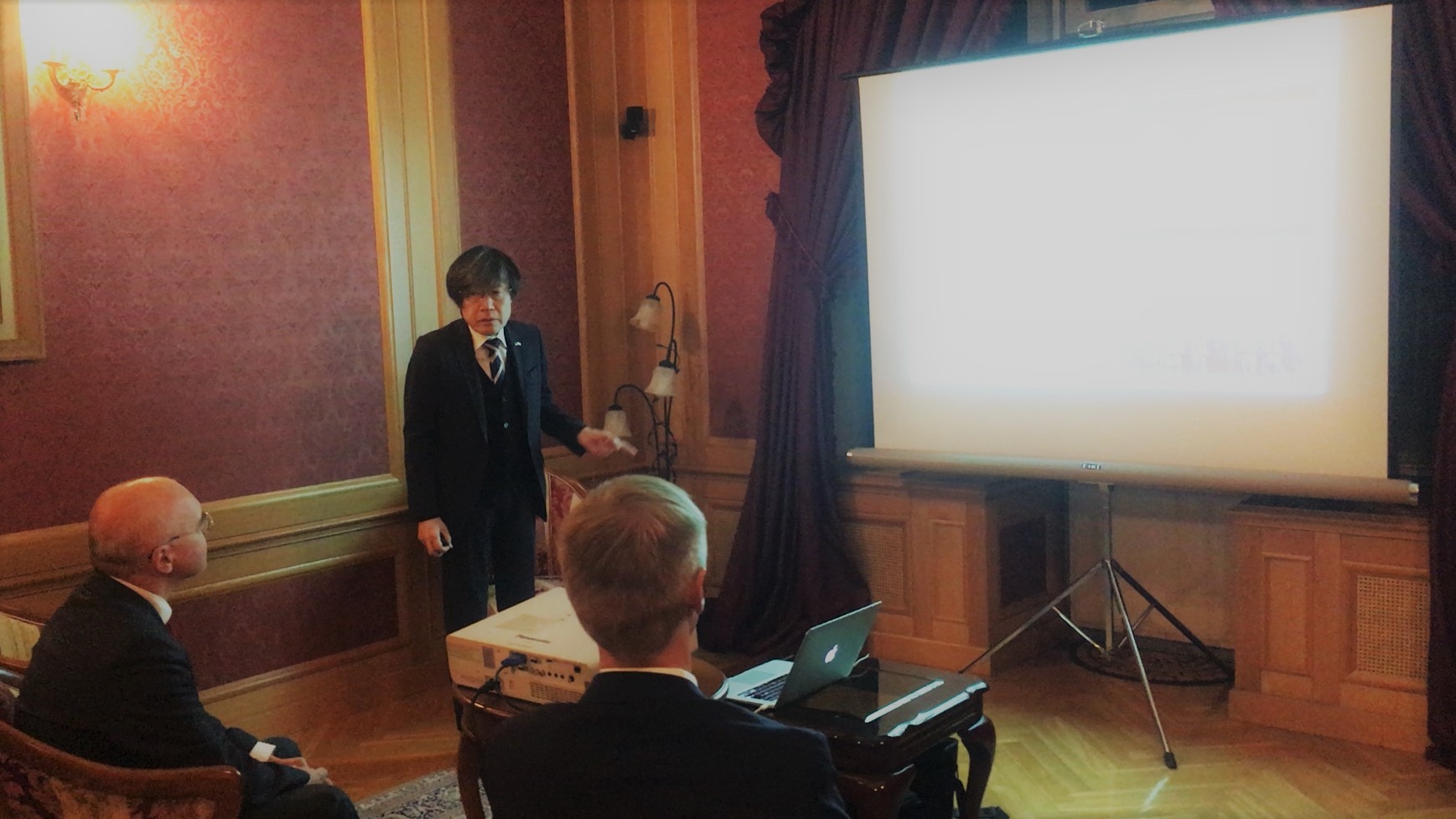