2020/1/12
On 12th January, Ambassador Kitaoka visited “Tallinn Sports Hall” in the capital, and delivered a speech at “50th Anniversary of Estonian Karate Federation” and “Opening of the Estonian Karate Championships 2020”. Ambassador’s visit is based on the kind invitation by Mr. Jaanus Rahumägi, the President of the Federation.

Ambassador congratulated the Federation for the 50th Anniversary from the bottom of his heart, and expressed his determination to do his best to support karate and all the other Japanese martial arts in Estonia. The ceremony was also cerebrated by the speeches delivered by Mr. Tõnu Tõniste, Vice President of the Estonian Olympic Committee, and Mr. Mihhail Kõlvart, Mayor of Tallinn, the capital City.

It has become a very impressive and precious occasion for the Ambassador. 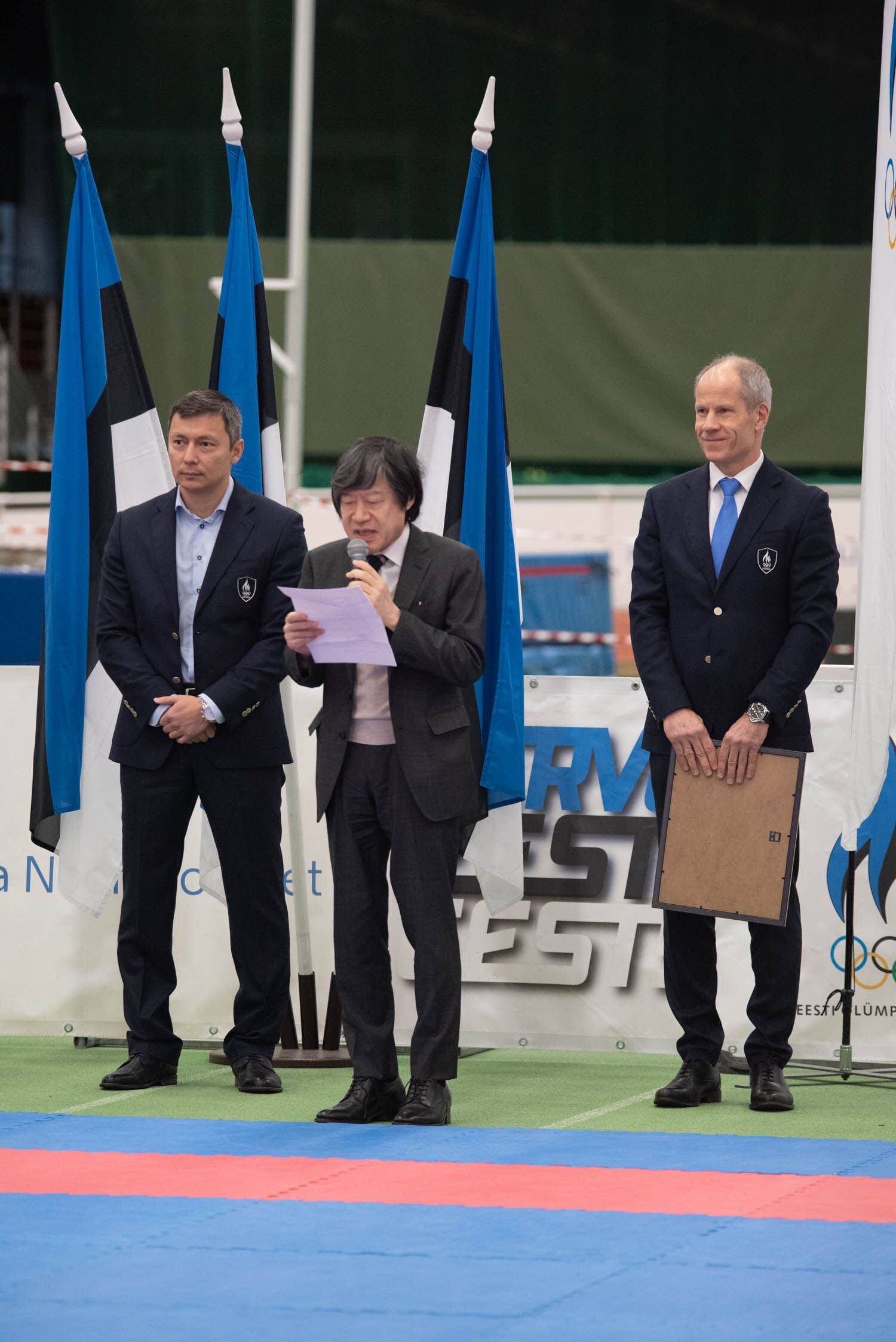 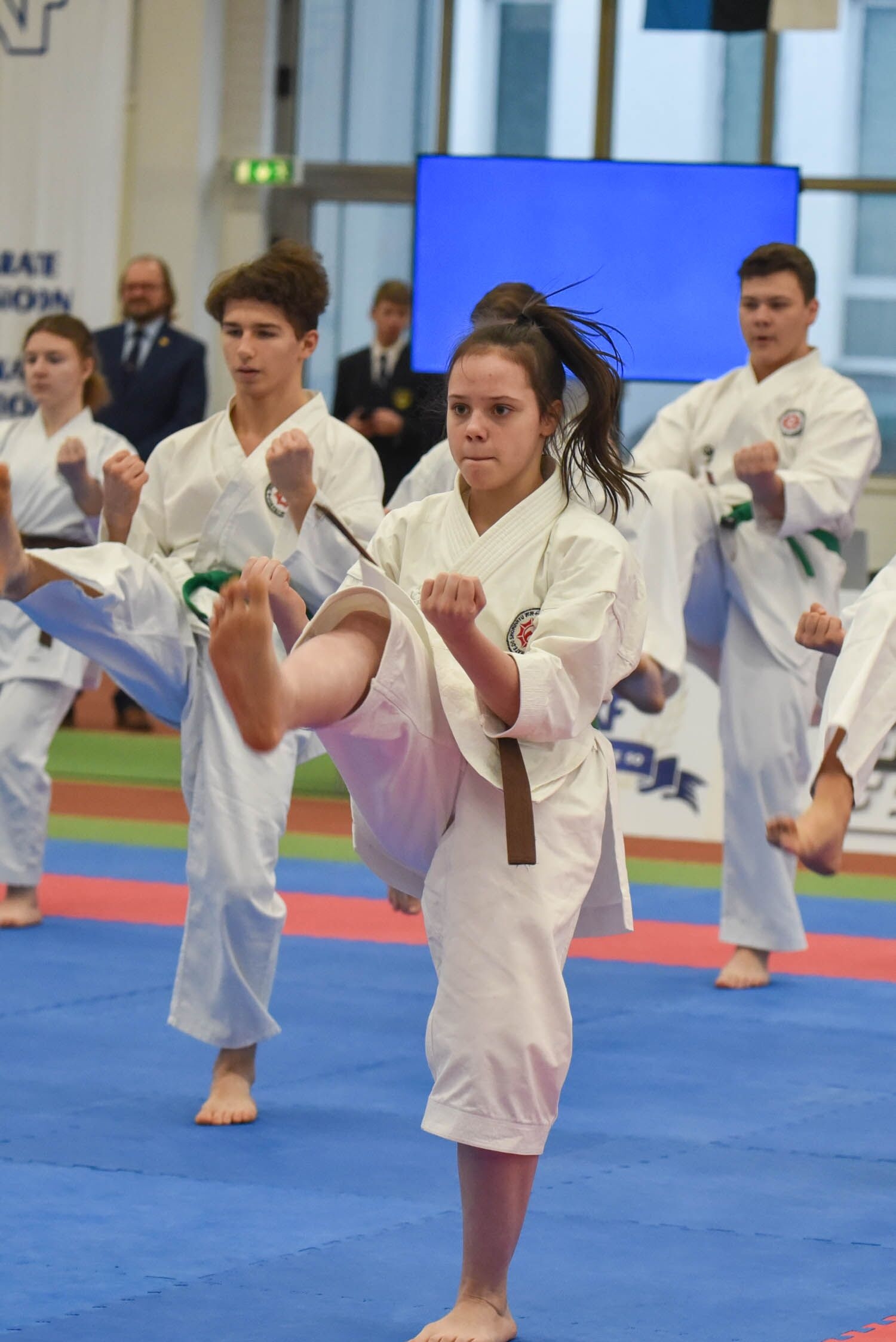