Congratulations! “Japanese Culture Club ASASHIO”, and “Black Nights Film Festival” for being awarded “Certificate of Commendation” by the Foreign Minister of JAPAN

2020/2/4
“Certificate of Commendation” is awarded by the Foreign Minister of JAPAN for praising the contribution to the furtherance of friendship between Japan and the foreign countries. In this fiscal year in Estonia, two organizations were successfully awarded this honorable commendation. They are “Japanese Culture Club ASASHIO”, represented by Ms. Kaia Jallai-san, and “Black Nights Film Festival”, directed by Mrs. Tiina Lokk-san!

The Japanese Embassy in Tallinn held the awarding ceremony at the official residence of the Ambassador, Kitaoka. “ASASHIO”, by hosting “Animatsuri”, introduced the Japanese pop culture like anime, manga, cosplay etc. so extensively. Recently it has extended its activities by hosting “Japan Month”, where lectures or demonstrations were held.

And “Black Nights” has shown as many as 104 Japanese films in the past 23 years, together with extending invitations to Japanese film directors. The films shown by them have been so much wide ranged, including love romance, human drama, anime, action films, and horror films.

The awarding ceremony was opened with the Ambassador’s speech, which was followed by the awarding of “Certificate of Commendation”, the responding speeches by Ms. Jallai-san and Mrs. Lokk-san, and the photo session. Then the participants enjoyed conversation over Japanese dishes cooked by Mr. Takaaki Arai, the Ambassador’s official chef, and “sake”.

What is really remarkable about this ceremony is that it was so widely reported by Postimees, ERR, Õhtuleht, and Päevaleht.

Congratulations Ms. Jallai-san and Mrs. Lokk-san from the bottom of our heart! 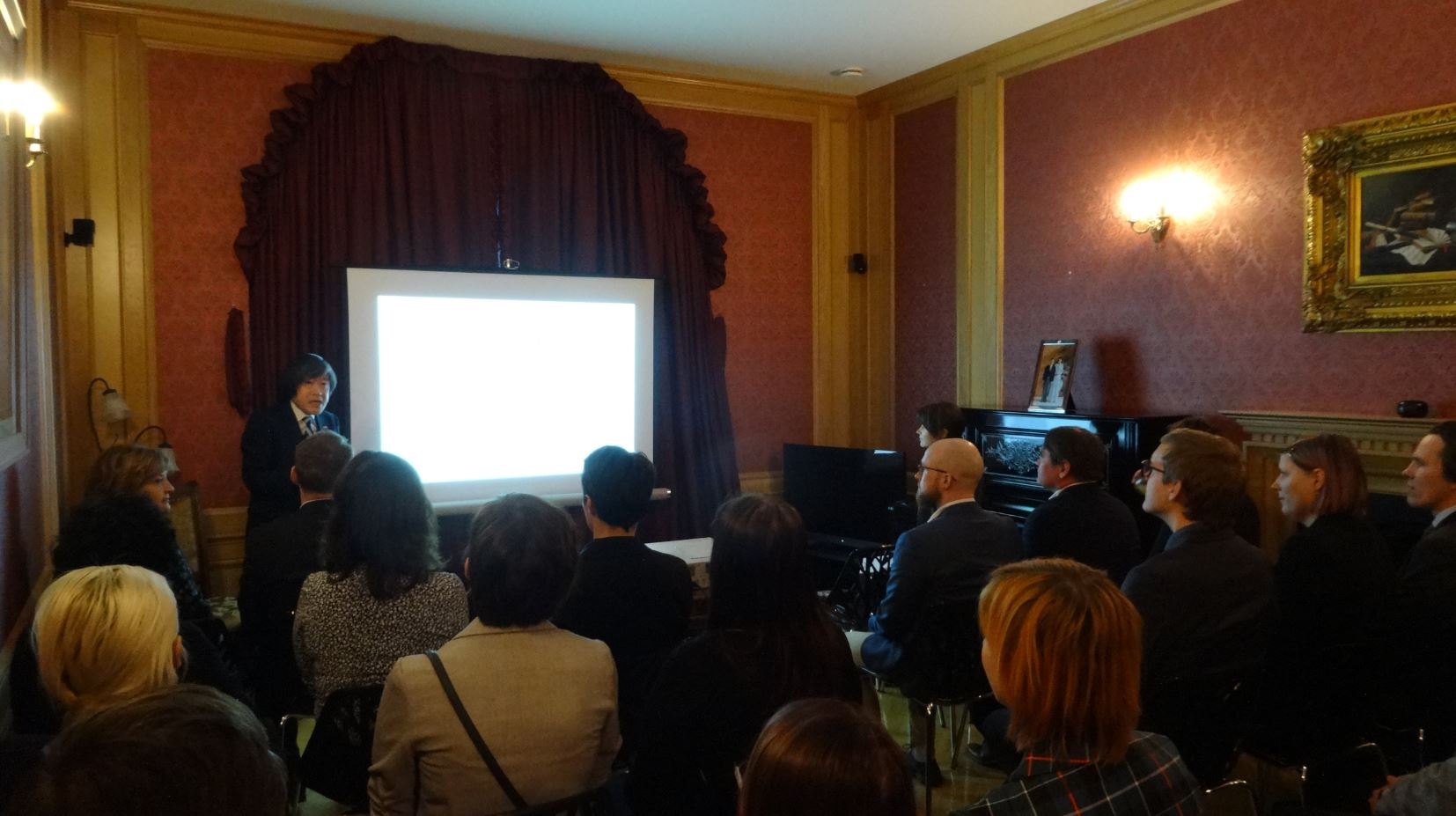 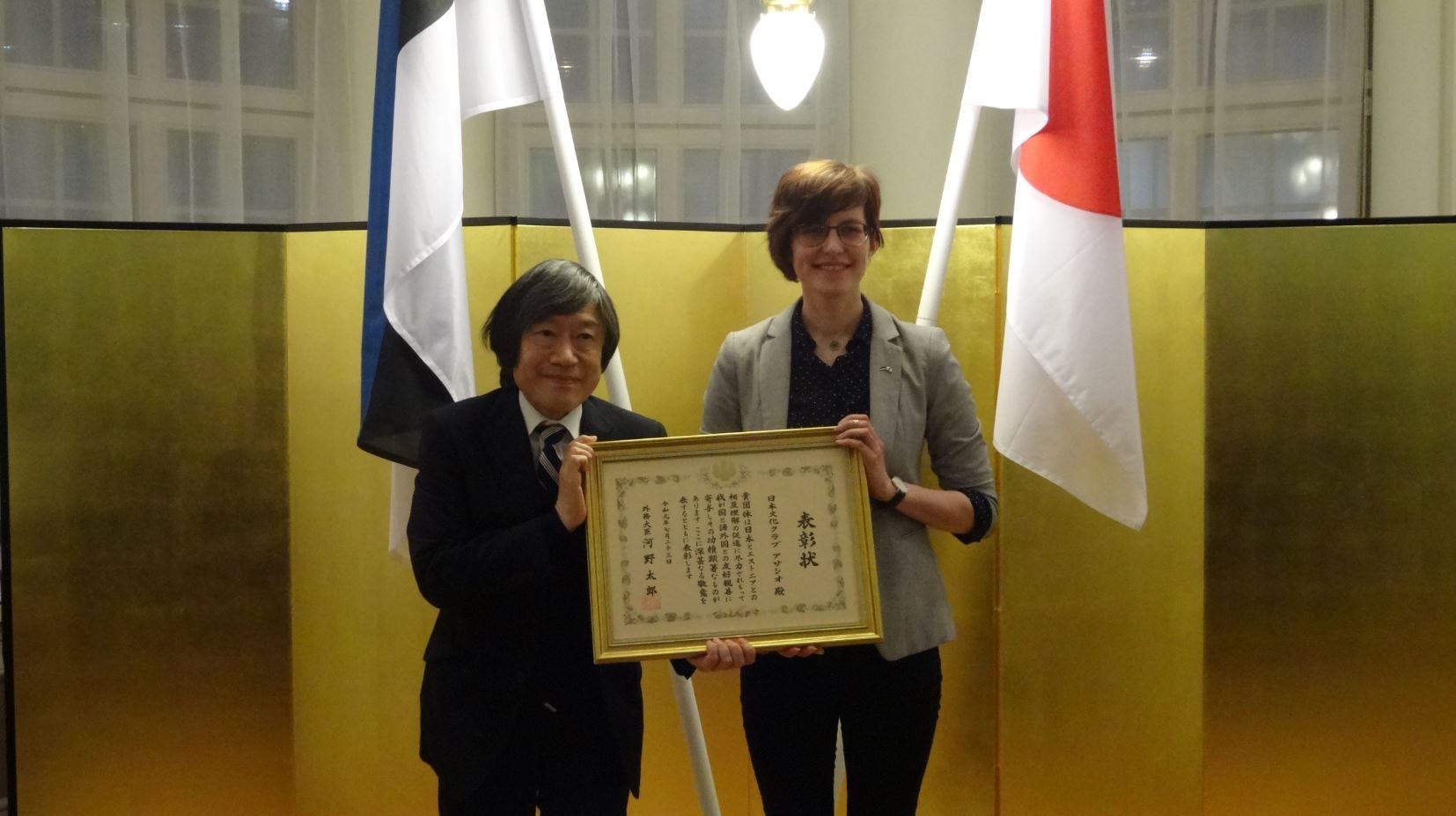 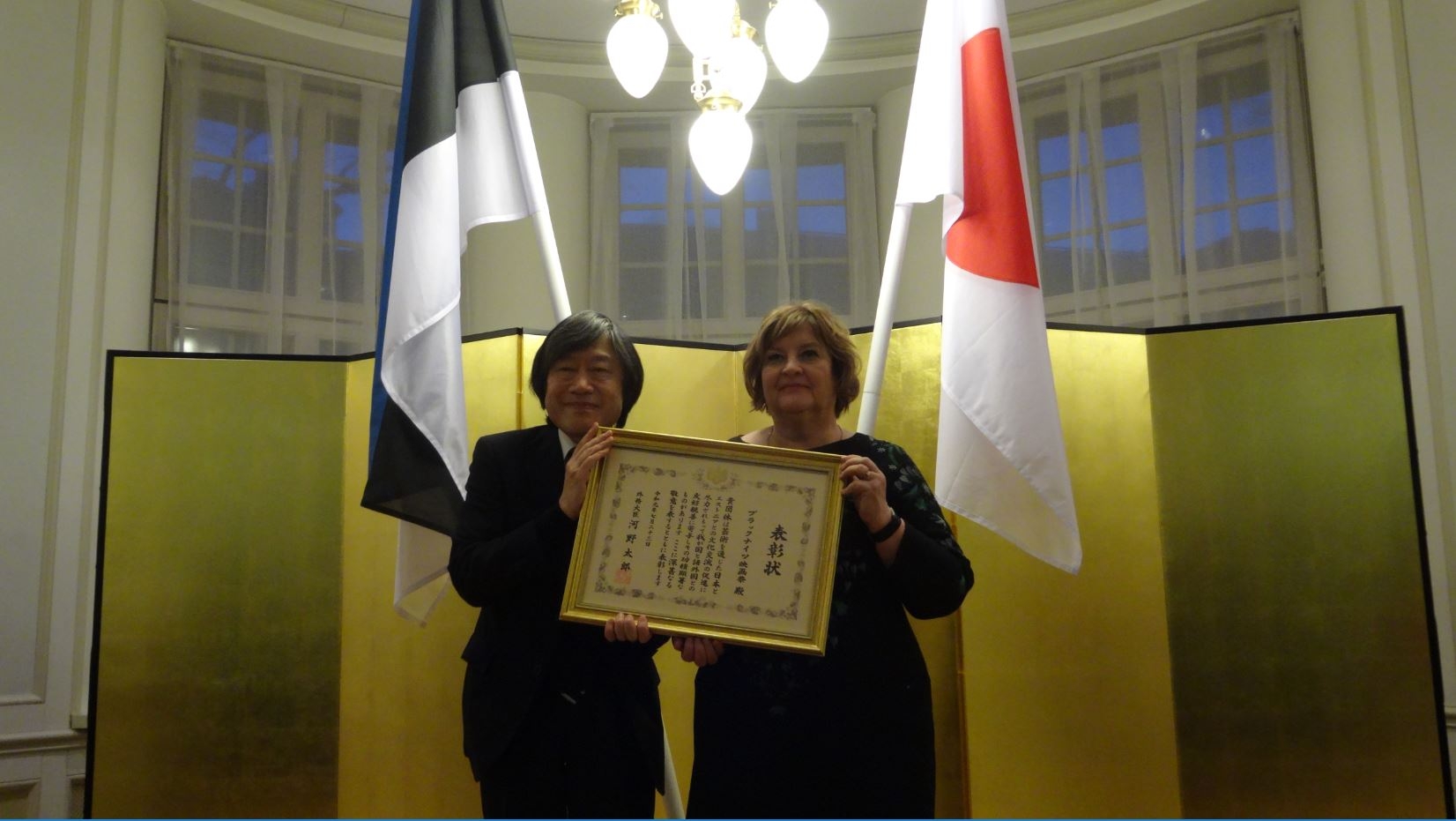 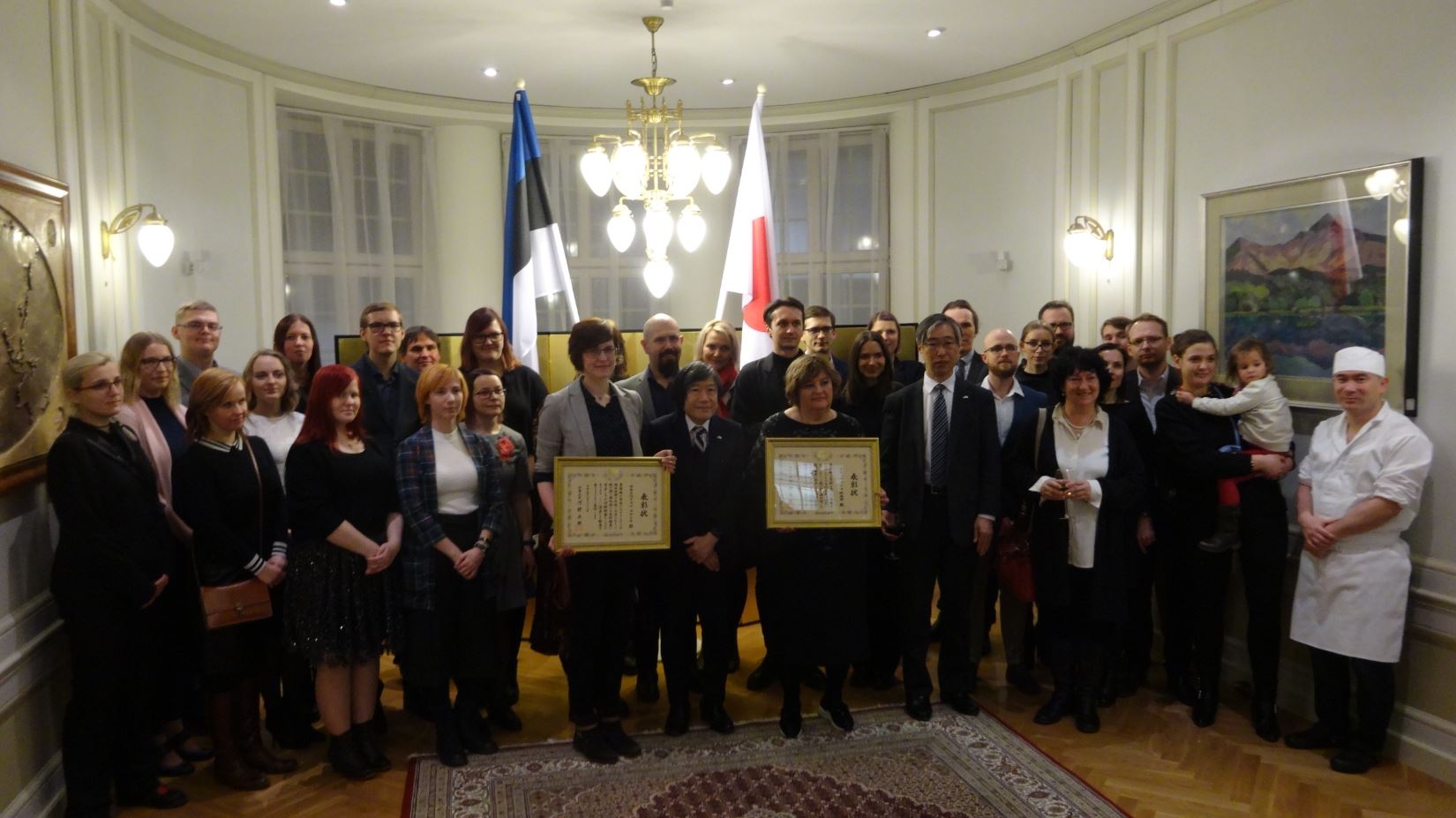