2022/2/24
On February 24, Ambassador Matsumura attended the flag-raising ceremony which began at 7:32 a.m., the wreath-laying ceremony and the EDF Kaitseliit parade at Freedom Square to commemorate the declaration of Estonia's independence in 1918.

On February 24 1918, Estonia's independence was declared, becoming a de facto reality following the ensuing War of Independence and the signing of the Treaty of Tartu close to under two years later. It was an opportunity for Ambassador Matsumura, together with other participants, to reflect on the circumstances of that time and to renew his determination to further strengthen the current good relations between Estonia and Japan. 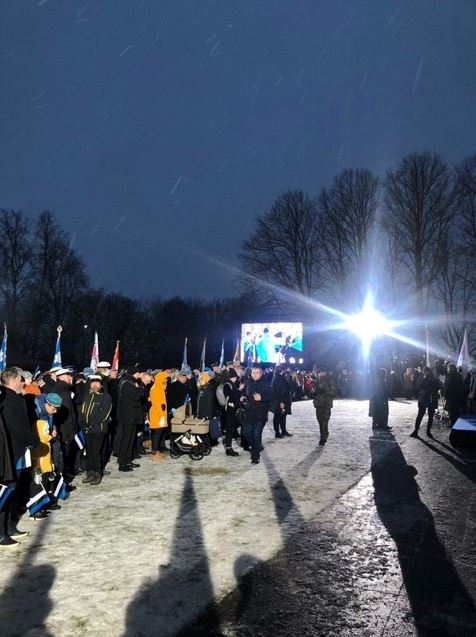 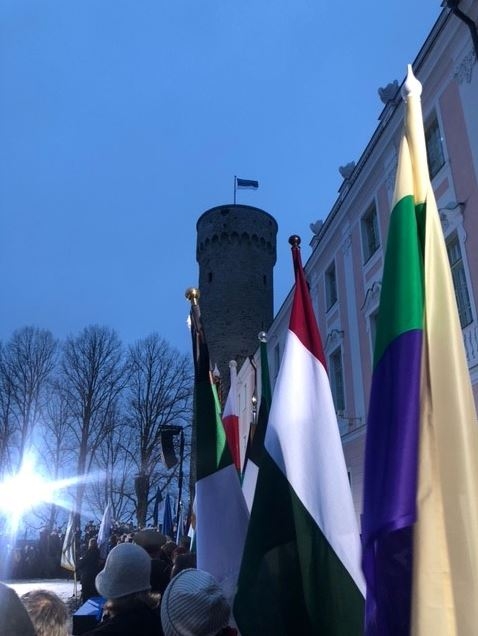