Ambassador Matsumura paid a courtesy call on the Minister of Culture, Tiit Terik

2022/2/7
On 7th February, Ambassador Matsumura paid a courtesy call on the Minister of Culture, Tiit Terik. They exchanged views on the current situation and future prospects in the general relations between Estonia and Japan, in particular, the fields such as culture and sports, language education, and design industry.

The Minister, who was a member of the Estonia-Japan parliamentary group prior to his appointment as the Minister of Culture, and the Ambassador agreed on the importance of promoting mutual understanding through books in this year which the Ministry of Culture has designated as the "Year of Libraries", as well as Saku-Saku relations, music and sports exchanges. They also discussed the measures to strengthen cooperation in the fields of fashion and design. 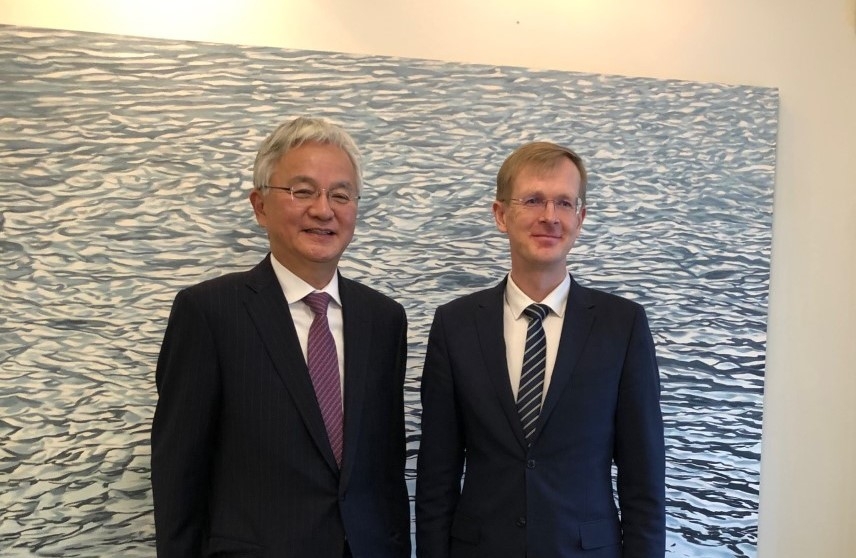