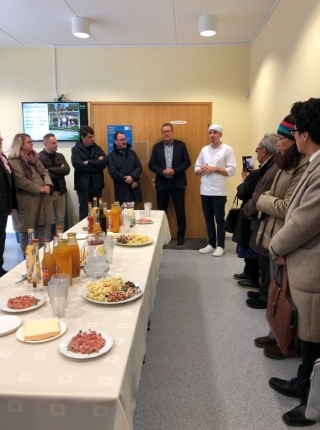 Food testing at the Olustvere School of Service and Rural Economics 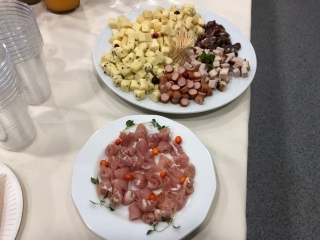 The foods prepared by the students mainly with Estonian indigenous materials
From 21st to 22nd September, Ambassador KITAOKA, with the invitation of the Ministry of Rural Affairs, joined a study tour to inspect the agriculture in Estonia.
He was accompanied by Mr. Tomoya SHIGENARI, a Second Secretary in charge of economic affairs in the Japanese Embassy.
On the 1st day, after visiting “Väätsa Agro”, the participants headed for the south for 45 minutes to get to Olustvere Manor House, where they enjoyed the lunch, which was hosted by Mr. Arnold PASTAK, Principal of the Olustvere School of Service and Rural Economics.
Then the participants moved to the School to get an introduction to the School by Mr. Edgar LEPMAN, a lecturer, while sampling the cooking by the students mainly prepared by Estonian indigenous materials, which was followed by a guided tour inside of the School.
Thereafter, the participants headed for the east for one hour to arrive at Tartu, the center of the southern Estonia.
They visited “BioCC” to be welcomed by Ms. Ene TAMMSAAR, Representative, to get a briefing on the activities and products of the institute.
“BioCC” is the research institute jointly set up by the Tartu University and Estonian producers of food and animal feed, which has been contributing to the competitiveness of Estonian products by developing food, supplement and animal feed, applying various kinds of bacteria.
Its famous supplement “TENSIA” has obtained the patent in various countries.
Following this visit, the participants headed for the south for 45 minutes to get to Otepää, known as the winter capital of Estonia, where they checked in at “Pühajärve SPA and Holiday Resort” to spend overnight.
A dinner hosted by Ms. Tiina SARON, Secretary General of the Ministry of Rural Affairs, followed at “Restaurant Pühajärve” nearby.
The participants enjoyed delicious cuisine, cooked by local ingredients and live play of folk music.
So much privileged to take a seat next to Ms. SARON and Mr. Siim TIIDEMANN, Deputy Secretary General, the Ambassador learned a lot from both of them how much digitization, where Estonia is distinguished from the other countries, is wide spread in the field of the Estonian agriculture as well.
The Ambassador would like to express his sincerest gratitude to Ms. SARON for hosting such a precious dinner! 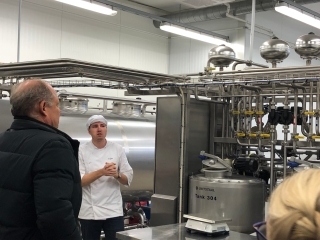 A guided tour inside of the School 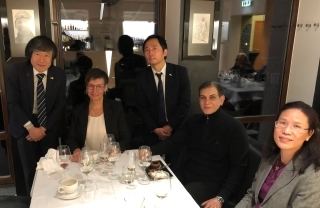 A dinner hosted by Ms. SARON, Secretary General of the Ministry of Rural Affairs