Embassy of Japan in Estonia

Aikido was created by Morihei Ueshiba (1883-1969), who was inspired by traditional Japanese martial arts. Aikido can be translated as  „the way of the spirit in harmony“. Although a martial art, the foremost goal of aikido is promoting harmony and peace. In aikido there are several throwing and joint locking techniques, but with each technique it is important to respect your partner and move in unison.

Eesti Aikidoliit (Estonian Aikido Federation) was founded in 2006. At the moment the organisation has 11 aikido clubs as members from all over Estonia, with approximately 250 aikido practitioners all together.
Eesti Aikidoliit unites groups that follow aikido principles and helps members to promote aikido. Eesti Aikidoliit supports aikido teachers and confers with the Estonian Olympic Commitee in the matter of teacher/trainer certificates. There is also an exam committee that has the right to assign grades. 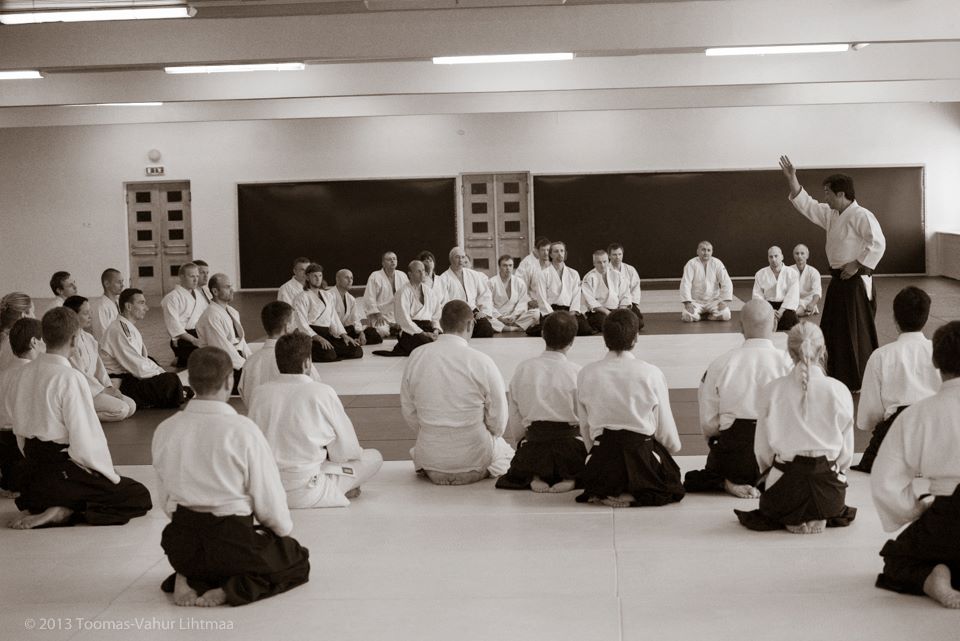 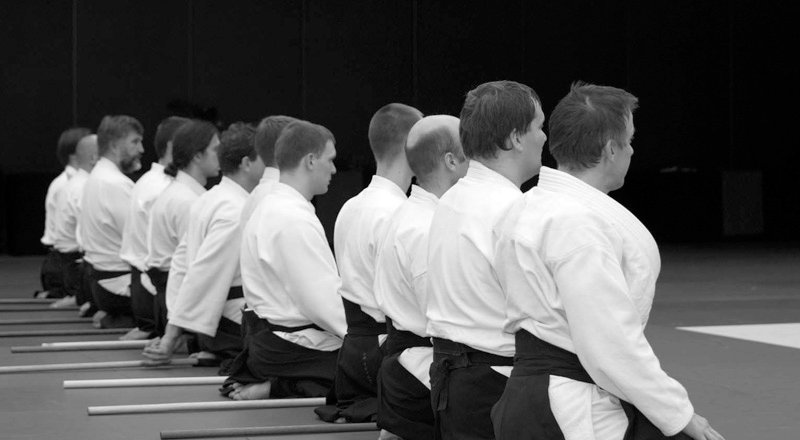 Anime Club Asashio is a non-profit organization founded in the year 2005 in Tartu. At the time the sole purpose was to organize the first anime festival in Estonia which successfully took place in 2007. The festival AniMatsuri has grown substantially from the early days. The first festival (at the time by a different name) had 75 visitors and in 2013 there were over 500 visitors. AniMatsuri is the biggest project of the club, but there are many other ventures: monthly meetings, anime viewing and gatherings. The club also organises various game nights and lectures, each spring there is a traditional hanami picnic in Tartu under a young cherry tree on Kassitoome.

The club has 59 members. 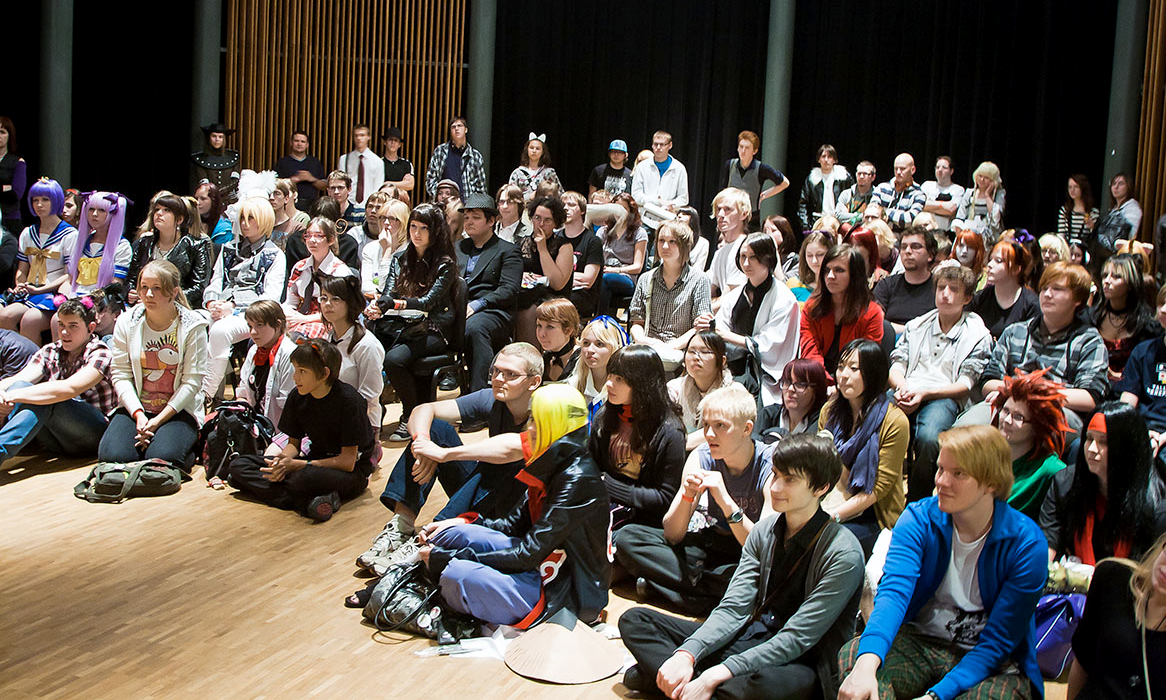 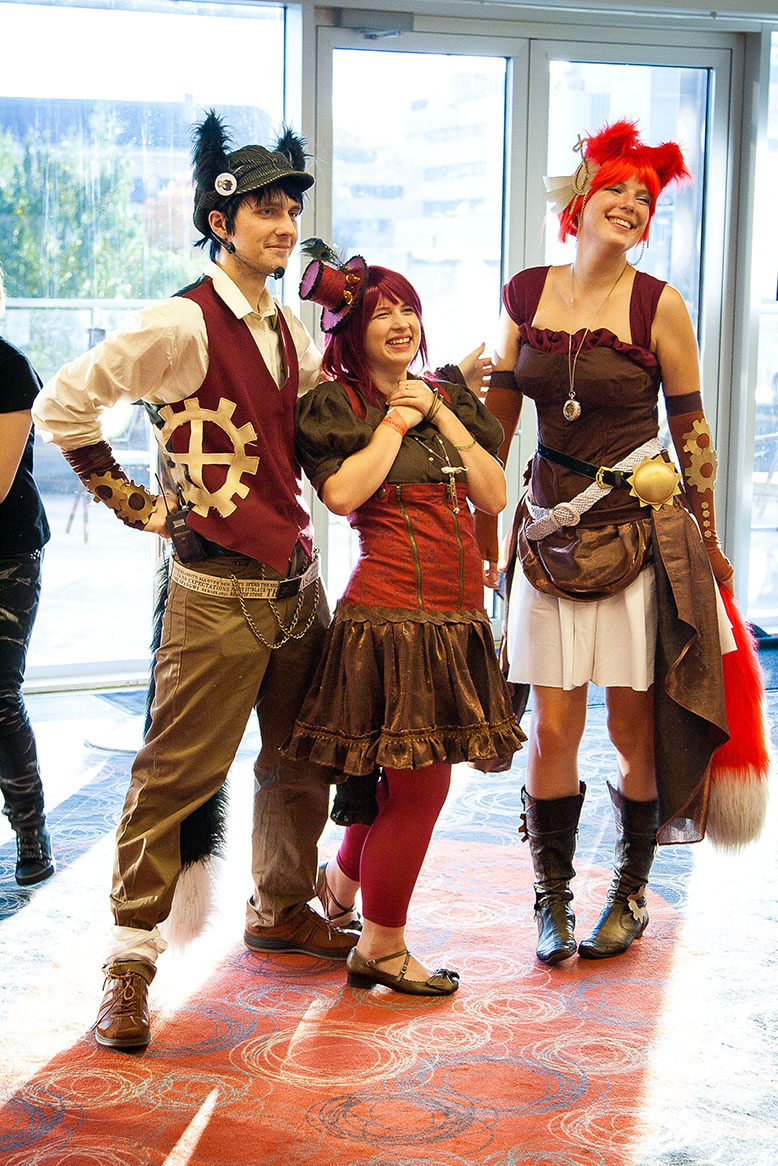 Miyako club in Tallinn unites people who are interested in Japanese animation and pop culture, it was established in 2008. The main goal of the club is to promote anime, manga and other youth culture from Japan in Tallinn and it’s surroundings.
Currently it has 40 members and the number is growing since anime is increasingly popular.
There are meetings in every few months and the club hosts anime nights in youth centers 3-4 times a year.

The history of Iaido in Esto

nia started in the middle of the 1990’s, when Jukka Helminen Sensei from Finland gave demonstrations in aikido seminars and also gave a few trainings. In autumn 2000 Rein Paluoja started learning Iaido through Jukka Helminen Sensei. From autumn 2001 he started teaching Iaido in a group that later fromed the Budo Club Mitsubachi, which together with Karate Club Wado and Hontai Yoshin Ryu Jujutsu Club forms the Martial Arts Club Budokan.

The NPO Estonian Iaido Federation was established on 20.09.2004, with members  of 1 club and 2 individuals. At the moment there are ongoing negotiations with 3 clubs to join the federation.

We have organised events introducing the Japanese sword art since 2008.
www.sportkobujutsu.ee 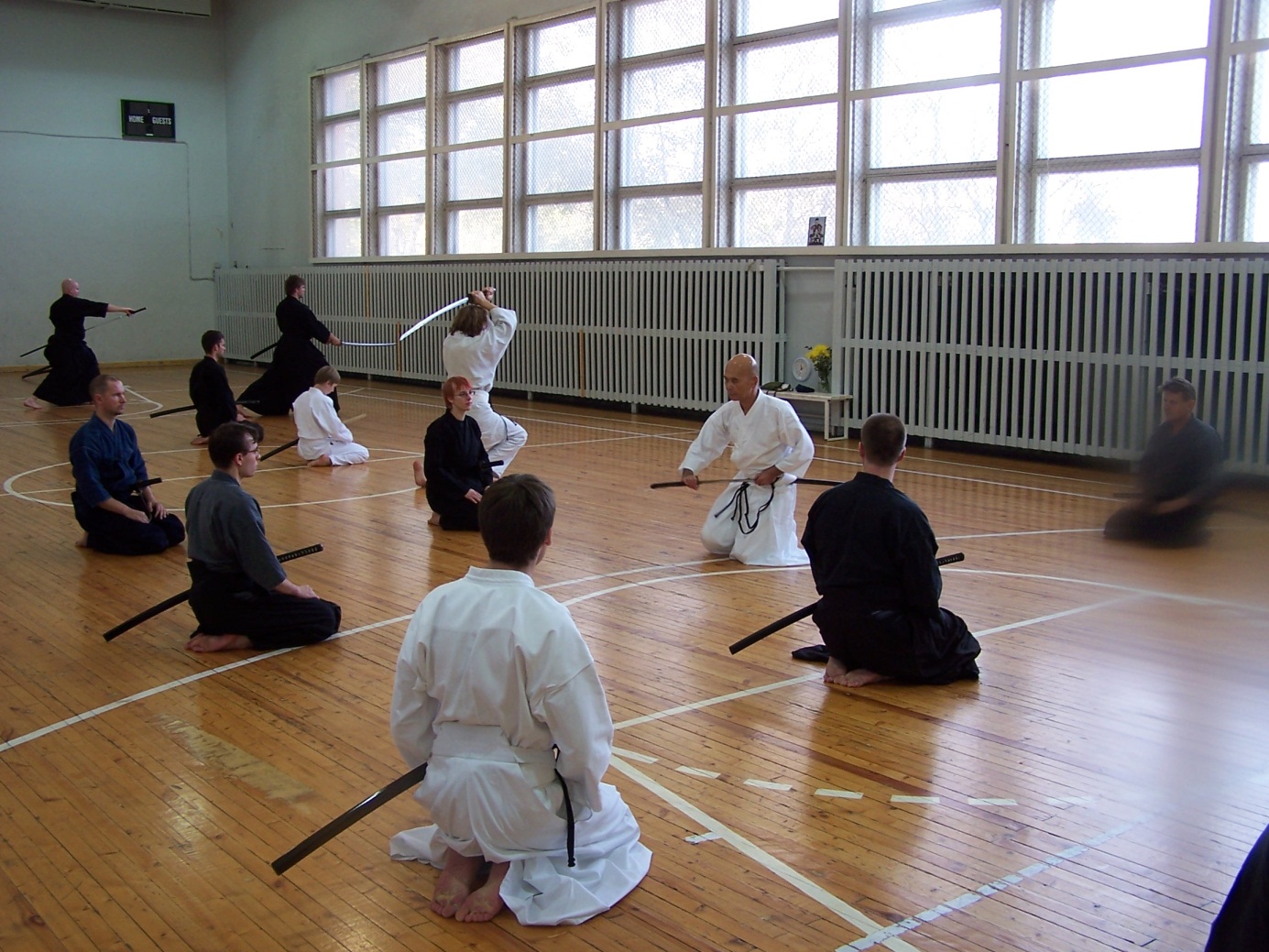 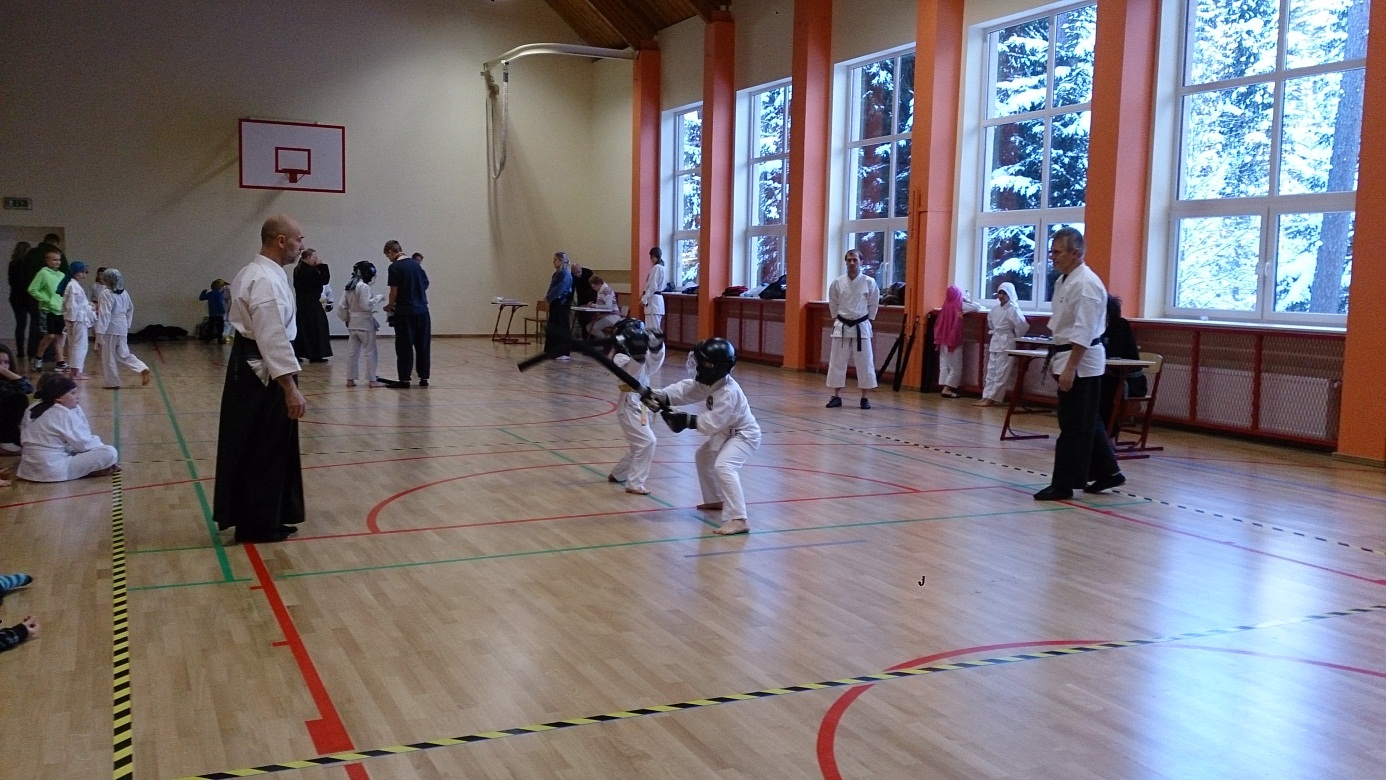 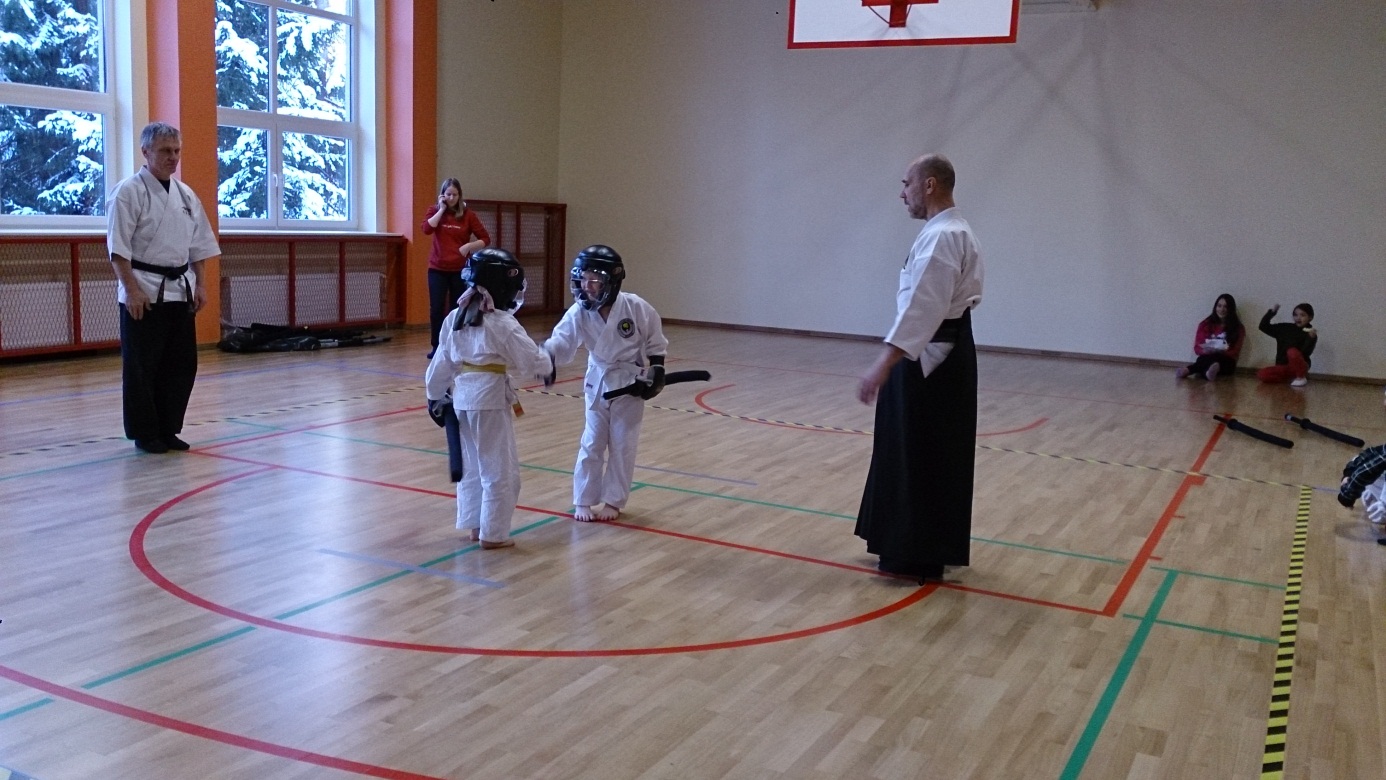 JAFF has been held in the past seven years and during these years the festival has grown and become a remarkable part of Tallinn’s cultural events.
About thirty Japanese contemporary animations and a special program „Flying vehicles in Hayao Miyazaki’s works“ were shown at the 8th JAFF. 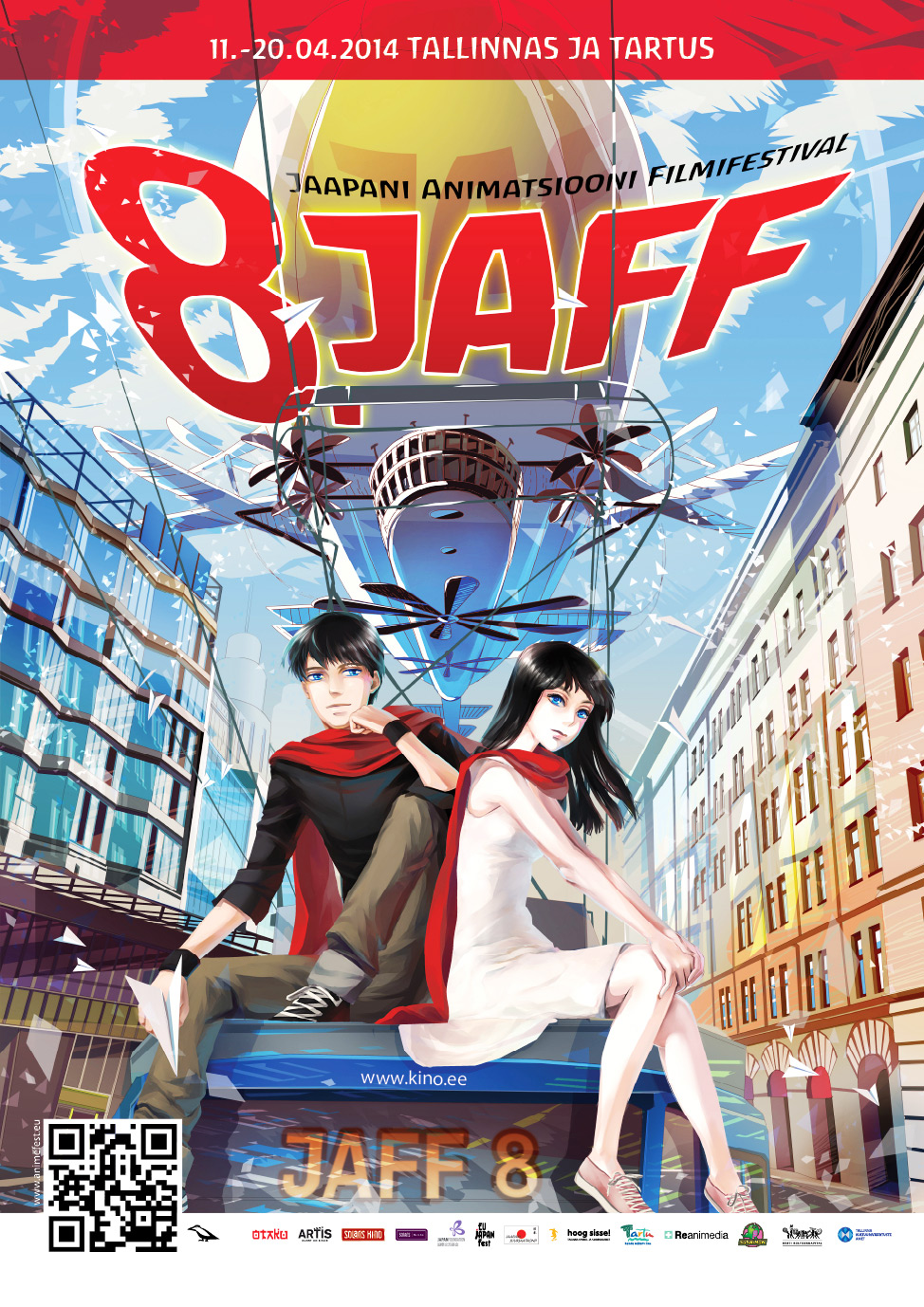 ings take place in Tallinn and Tartu. Despite being a full-contact sport, practicing and competing in kendo is very safe and suitable for men and women in all ages. Kendo is still a very traditional sport that has changed fairly little. By practicing kendo one can also learn a lot about Japanese culture in a broader sense. 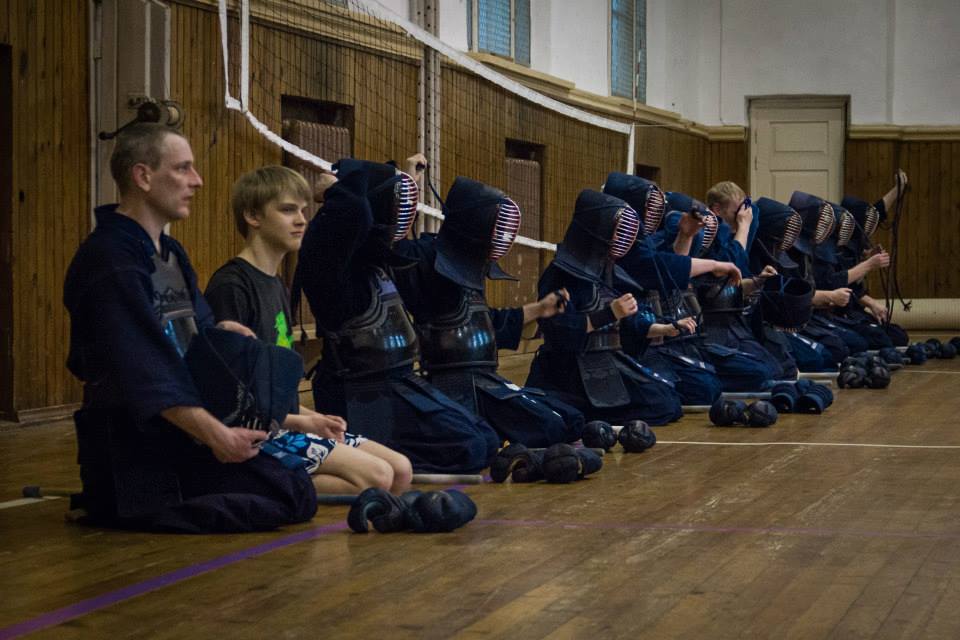 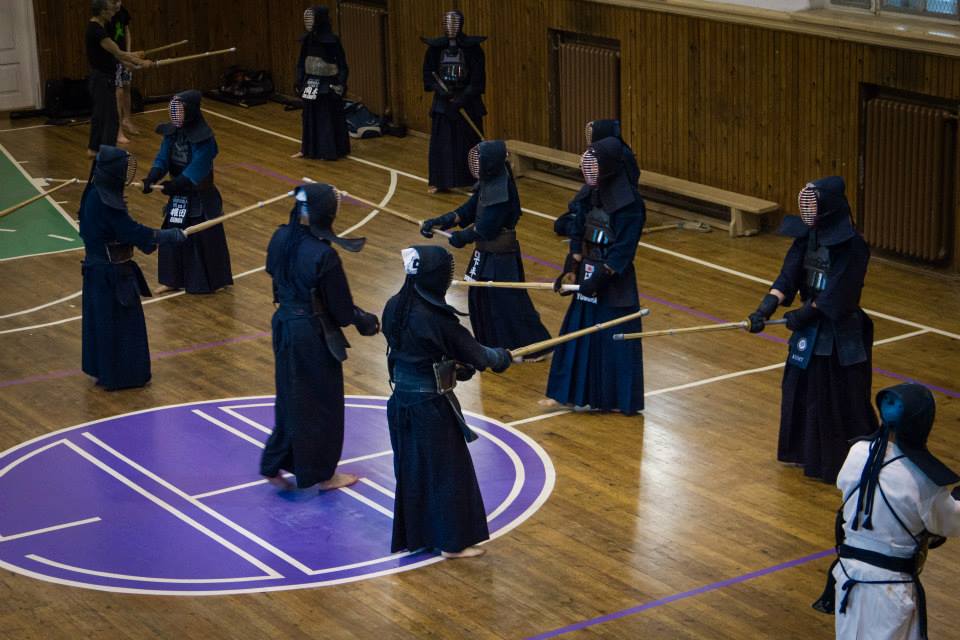 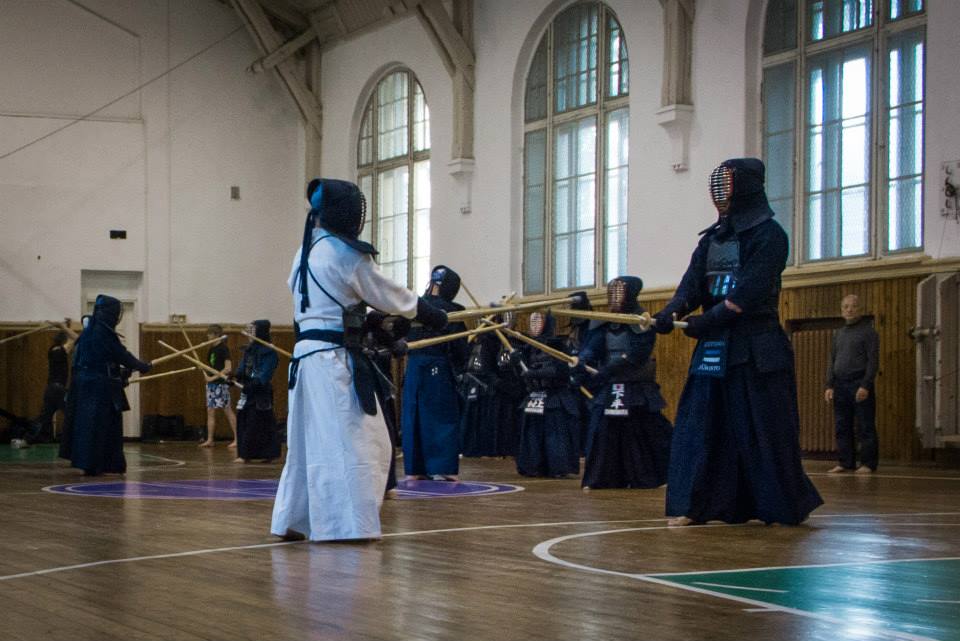 The Community of Estonian Lolitas started in 2009 in the social media outlet Orkut.
The first gathering was in September of the same year.  Through the years there have been many gatherings. Recently members meet up once a month to visit exhibitions, opera, ballet etc. together. 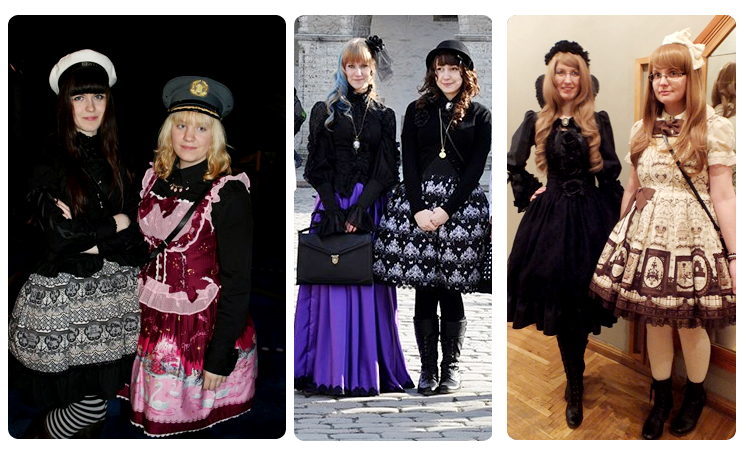 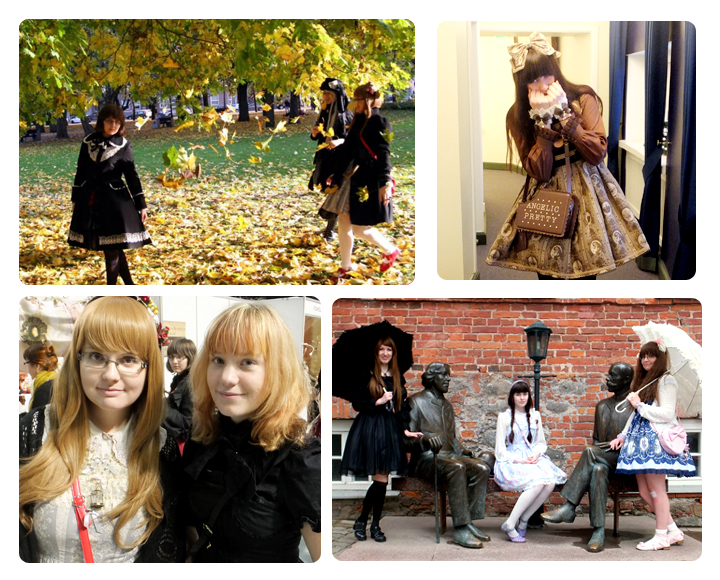 Shindo method consists of streching and relaxing exercises together with massage. The method was created by Kazuko Kuratomi to help her prematurely born daughter with health problems.
Kazuko Kuratomi visits Estonia every year to share her experiences, but also to be inspired.

The Estonian Shindo Federation was established in 2003 to promote and develop the Shindo method in Estonia and to represent and protect the Shindo trademark.

Shindo method is practiced in various sports clubs an

d centers in Estonia and there are about 30 active members and hundreds of practitioners. An international seminar has been held in Estonia twice in the past. 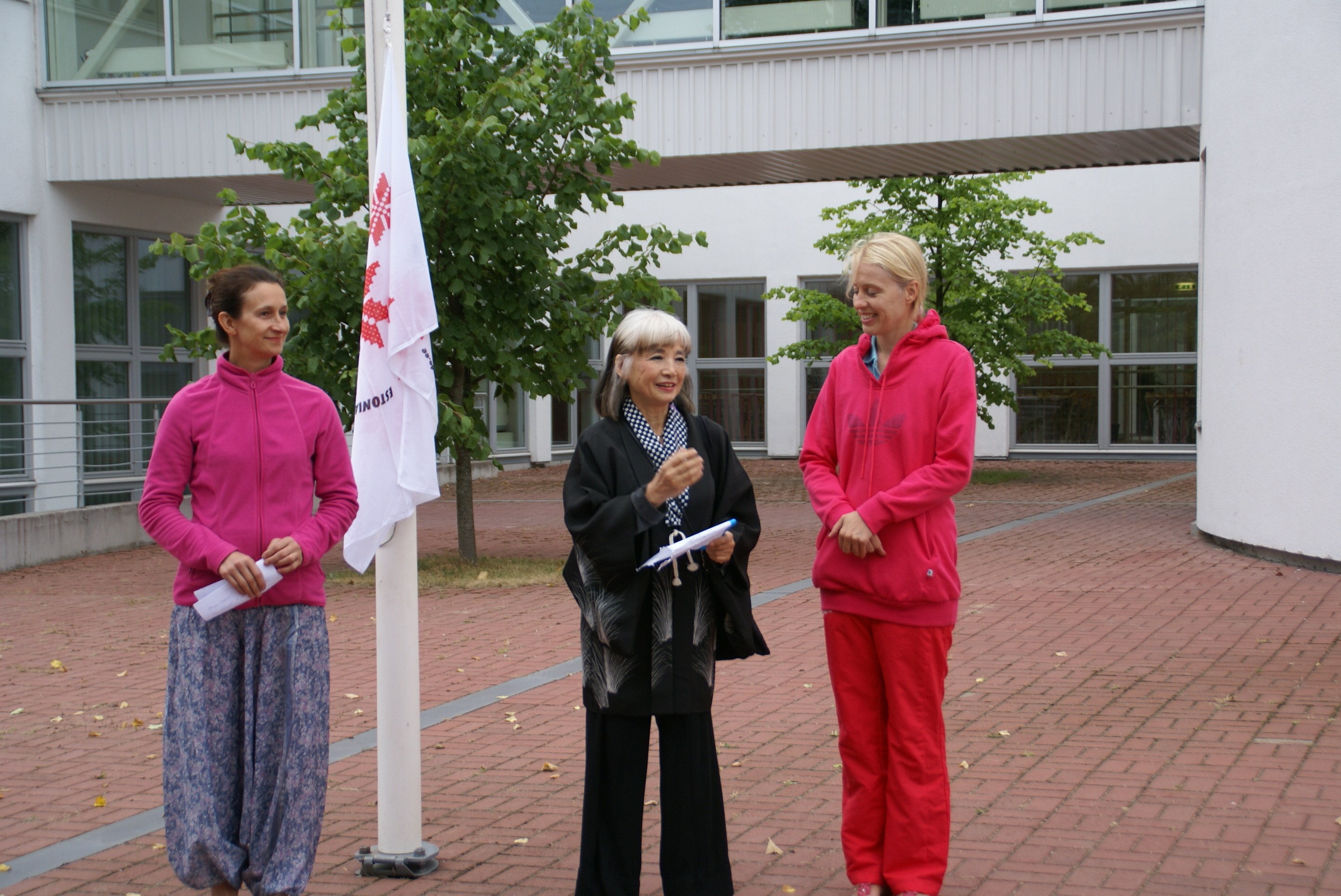 Sumo is the national sport of Japan. It has a history of a couple of thousand years and was originally connected to sacred rituals. Nowadays sumo is a sport that is exciting to watch and entertaining to all. Sumo practice in Estonia started in 1994, since then Estonian men and women have also participated in European and world championships and won many medals. Estonia was one of the founding members of the European Sumo Union in 1995.
Several important sumo competitions have taken place in Estonia  - in 1999 the European Championships, in 2006 the Junior World Championships and in 2008 the World Championships.

The most famous Estonian sumo wrestler is Kaido Höövelson aka Baruto, who started judo and sumo trainings in 2000 in Sports club Sakura, in Vinni Sports Center.  In 2004 Baruto debuted in professional sumo in Japan. During his ten year long career he reached the Ozeki title. On February 8th, 2014 he finished his career with the festive top-knot cutting ceremony.

The winners of the 2014 Estonian Championships  (absolute men category): 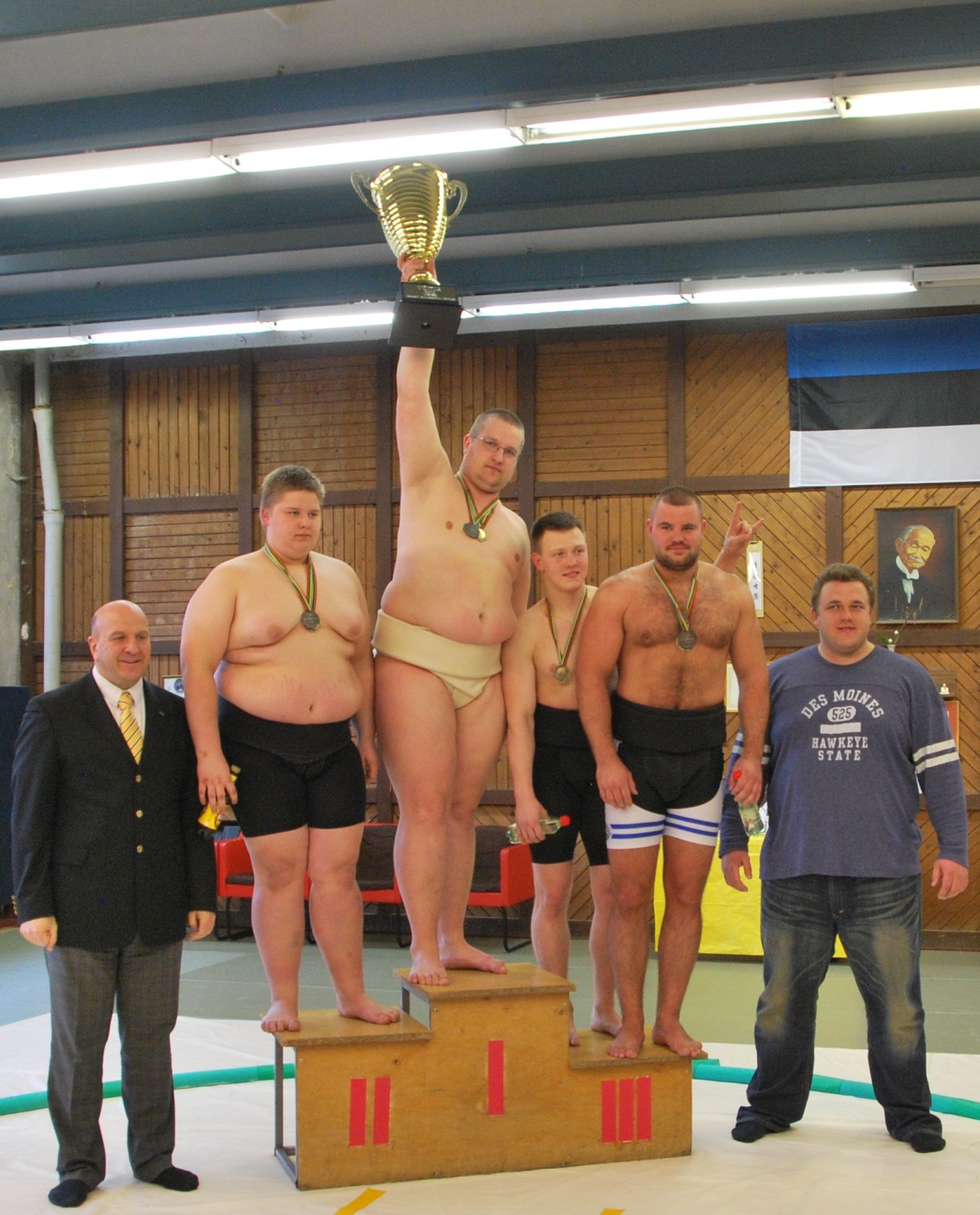