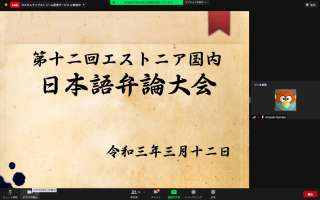 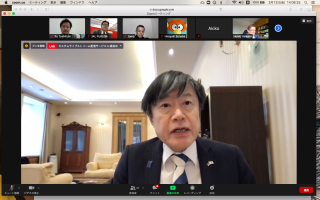 Opening speech by the ambassador
On 12th March, the 12th Estonia Japanese Language Speech Contest was held on-line for the first time, due to the spread of COVID-19.
It was hosted by “Japanese Cultural Society in Estonia (Jaapani Kultuuri Koda)”, and co-sponsored by Japan Foundation, JAL Helsinki Office, and Japanese restaurants in Estonia, Tokumaru, Yui, and Haku, Marubeni, together with the Japanese Embassy.

This year, 17 Estonian youth applied to make presentations full of their imaginations, which has made the Contest very much heated.
The role of the judges was played by Mr. ITO, a Second Secretary in charge of culture and public relations at the Japanese Embassy, Dr. Heikki VALLASTE, the President of the “Estonia-Japan Association”, Ms. Taimi PAVES, the Secretary General of the said Association, and Mr. FUKUDA, the Head of JAL Helsinki Office.

The Contest started with the opening remarks by Ms. Masaki, Japanese language lecturer of Tallinn University, which was followed by the greetings by Mr. HAYASHI, President of the “Japanese Cultural Society in Estonia”.
Then Ambassador KITAOKA, on behalf of the Japanese Embassy, made remarks, saying “this is a contest, so the order among the presenters shall be made by the judges, which is not important, what is important is that all the presenters prepared for this Contest in very much a sincere manner. It has promoted the Japanese linguistic ability of the presenters, who have come to understand the Japanese culture more, together with the cultural difference between Estonia and Japan. This “difference” makes your life more exiting. I hope all of you shall continue your study of Japanese language to discover even more “differences””.
It was followed by the competition among the presenters.
The 1st prizes were given to Ms. Maret LUUD at the primary level, to Mr. Verner SÄÄSK at the intermediate level, and to Ms. Helen MITT at the advanced level.
And the special prize was given to Ms. Marta Leena SILDVEE by Mr. FUKUDA of JAL.

Then Dr. VALLASTE made concluding remarks, summarizing the Contest, which was closed by the remarks by Ms. MASAKI.
Finally, a big applause and shouts of “aitäh! (thank you)” were heard, which gave this on-line Contest such a realistic finale! 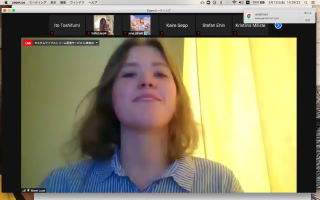 Ms. Marta Leena SILDVEE was given the special award by JAL 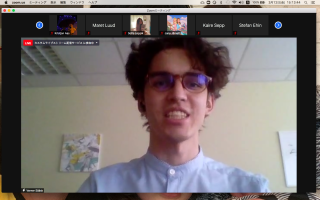 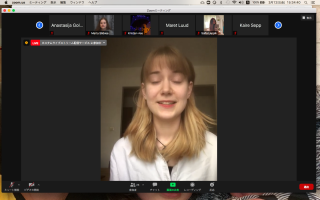 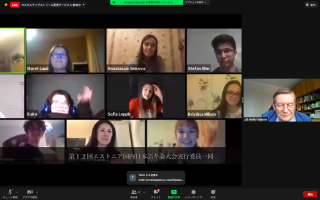 Participants and jury of the 12th Japanese Language Speech Contest