Ambassador KITAOKA laid flowers for those Estonians, who sacrificed their lives during the Independence War 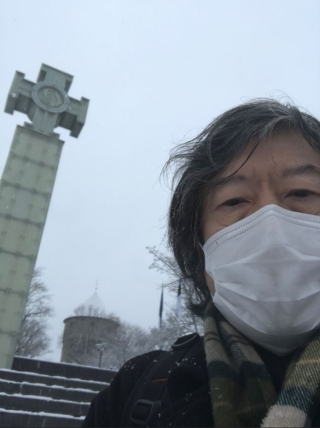 Victory Column and the Ambassador 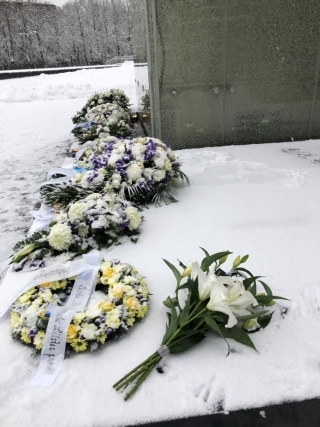 A bunch of lilies offered by the Ambassador
​On 3rd January, in the snowfall, Ambassador KITAOKA visited “Victory Column” in the Freedom Square, which is located at the center of Tallinn, the capital city, to commemorate more than 6 thousand victims of the Independence War, which was fought from 1918 to 1920.
101 years ago, on this day of 3rd January at 10:30 am, the ceasefire was agreed between Estonia and Soviet Russia, ensuring the Estonian Independence, which was declared in 1918.
Ambassador laid flowers at the foot of the “Victory Column” with a card saying “Remembering the most precious sacrifices made by those Estonians for ensuring their freedom”, and kept a minute of silence.